Erdogan did not specify in his Wednesday address what measures are being prepared. His spokesman, Ibrahim Kalin, said lawmakers are building an "action plan" that will be presented to the president and prime minister.

"The process after this will not be like it has been in the past. There is a process right now in Germany, where there are 3 to 3.5 million Turks. After this, this process will continue in a much more careful, much more controlled fashion."

Erdogan said Germany should be "the last country" making accusations of genocide, speaking of the Holocaust.

"The countries that are blackmailing us with these Armenian genocide resolutions have the blood of millions of innocents on their hands," Erdogan stated.

Last week, the German Parliament declared the 1915-16 killings of some 1.5 million Armenians a deliberate act of ethnic cleansing. Turkey has long rejected the label, saying there was no systematic killings of Christian Armenians and the death toll was much lower. The country has accepted some responsibility for the killings but said they do not constitute genocide. To date, 11 of the 28 European Union nations have recognized the killings as genocide.

Since the German resolution, the two countries have been verbally sparring. Erdogan has accused 11 German Members of Parliament of Turkish origin of being terrorist supporters and recalled its ambassador in Berlin. German Chancellor Angela Merkel called the accusations and statements "incomprehensible," adding the "freely elected" German parliament was entitled to a "difference of opinion" with Turkey.

World News // 4 hours ago
G7 nations pledge billion vaccines, call for probe into COVID-19 origins
June 13 (UPI) -- The G7 nations on Sunday committed to delivering 1 billion COVID-19 vaccines to the world's poorest nations and called for a second investigation into the origins of the virus.

World News // 4 hours ago
India's COVID-19 cases drop to 80,834, lowest in 73 days
June 13 (UPI) -- India's new coronavirus cases are diminishing, including a 31% decline in one week, as the Asian nation closes in on the United States with the most infections in the world. 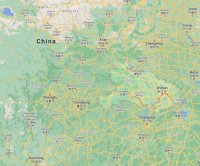 World News // 8 hours ago
Chinese market blast kills 12, injures more than 130
June 13 (UPI) -- A gas explosion at a market in central China killed at least 12 people and injured more than 130, including 37 seriously, on Sunday morning. 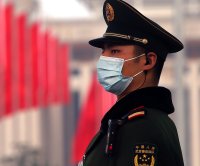