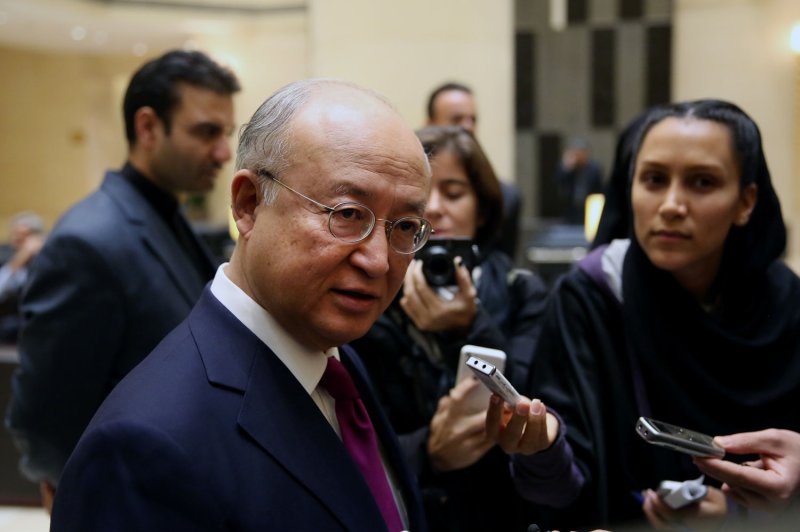 IAEA chief Yukiya Amano said there is satellite evidence of North Korea activities at the Yongbyon nuclear complex, but the information is limited without inspectors on the ground. UPI/Maryam Rahmanian | License Photo

In early April two U.S. analysts noted an uptick in "suspicious activity," according to satellite images taken in February and March.

Exhaust plumes were seen on a few occasions at the Radiochemical Laboratory's Thermal Plant, Yongbyon's main reprocessing installation for plutonium production, according to William Mugford and Joseph S. Bermudez.

IAEA chief Yukiya Amano said that despite the evidence, his organization still cannot be sure about North Korea's nuclear activities.

"As we do not have inspectors on the ground we are only observing through satellite imagery. We cannot say for sure. But we have indications of certain activities through the satellite imagery," Amano told reporters in Vienna.

James Clapper, the U.S. director of national intelligence, had said in February it wouldn't be long before North Korea recovers plutonium from its nuclear facilities.

Clapper had told the House Permanent Select Committee on Intelligence a plutonium production reactor closed in 2007 was in operation.

"It is deeply regrettable that [North Korea] has shown no indication that it is willing to comply with the Security Council resolution adopted in response to its nuclear test earlier this year," Amano said Monday.

"I strongly urge [North Korea] to implement fully all relevant IAEA and Security Council resolutions. The agency remains ready to contribute to the peaceful resolution of the [North Korea] nuclear issue by resuming its verification activities once a political agreement is reached among countries concerned."