In 2002, anti-Muslim riots, seen here in a mob burning in India's western city of Ahmedabad, consumed India's Gujarat for three days. At least 1,000 people, mostly Muslims, died in targeted attacks. On Thursday, a court in Ahmedabad found 24 people guilty of involvement in one incident in which 69 people were killed. File photo by Stringer/UPI | License Photo

AHMEDABAD, India, June 2 (UPI) -- An Indian court has found 24 people guilty of involvement in the 2002 Gulbarg Society massacre in the city of Ahmedabad, where 69 people were hacked and burned to death by an anti-Muslim mob.

The Ahmedabad court convicted 11 people of murder, while others were found guilty of lesser charges. About 36 others were acquitted. Sentencing is scheduled for Monday.

The 2002 riots in India's Gujarat state left more than 1,000 people, mostly Muslims, dead. The riots were some of the worst since India's independence from Britain in 1947 and began after a fire aboard a train killed 60 Hindu pilgrims.

Muslims were blamed for starting the fire and Hindu mobs seeking revenge rampaged through Muslim neighborhoods across Gujarat in riots that lasted for three days. Muslim men felt so threatened by the targeted attacks that many began to shave their traditional religious beards. Men were reportedly stripped of clothing to verify whether they were circumcised, as Muslim men generally are and Hindu men are not.

Thursday's convictions are related to the dozens burned to death in the Gulbarg residential complex that was set ablaze by the mob.

In 2008, India's Supreme Court appointed a Special Investigation Team to seek justice over the riots. Other cases have resulted in convictions. In 2012, more than 80 people received life imprisonment sentences for killing Muslims during the riots.

The Gulbarg Society massacre is one of 10 significant cases related to the Gujarat anti-Muslim riots being investigated by the Special Investigation Team.

Indian Prime Minister Narendra Modi, who was Gujarat's chief minister at the time, was cleared of accusations he did not do enough to prevent the killings. The Ahmedabad court agreed with the Special Investigation Team's assertion that Modi and his state government took all necessary steps to control law and order. The army was called during the riots and dozens of towns were placed on a curfew.

World News // 55 minutes ago
UAE becomes one of few Middle East nations to change work week to Monday-Friday
Dec. 7 (UPI) -- The United Arab Emirates on Tuesday formally announced that it's shifting its official work week from Sunday to Thursday to Monday to Friday, becoming one of the few Middle Eastern nations to do so. 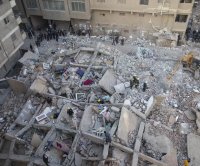 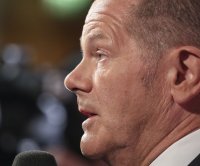 World News // 18 hours ago
Green Party formally agrees to join German coalition
Dec. 6 (UPI) -- The new German government took another step forward Monday when the Green Party announced it would be a part of a coalition with the Social Democrats and Free Democrats.

World News // 23 hours ago
Euro banknotes to get first full redesigns within a couple years
Dec. 6 (UPI) -- The euro banknotes will be fully redesigned for the first time in their existence, the European Central Bank announced on Monday.
Advertisement