The author of the article said Trump’s proposal could end the presence of U.S. troops on the peninsula. 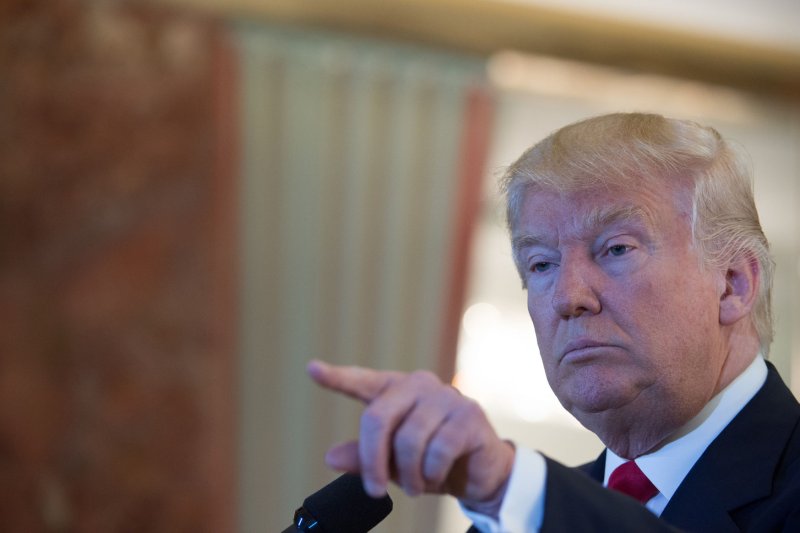 SEOUL, May 31 (UPI) -- An editorial published on a North Korea propaganda outlet praised Donald Trump for being a "wise" and "prescient presidential candidate," while calling his rival Hillary Clinton "thick-headed."

But the article may not necessarily reflect the opinion of the North Korea leadership.

The author of the piece was identified as Han Yong Mook, a Chinese national and North Korea scholar.

The editorial on DPRK Today may also have been published for a South Korean audience for propaganda purposes.

North Korea rarely mentions the U.S. presidential race, and Pyongyang has openly condemned Trump for humiliating South Korea when he claimed the United States was protecting the South for free.

A North Korean ambassador has also told foreign media that Trump's offer to talk with the North's Kim Jong Un was insincere and rejected a proposal that Trump later clarified.

In his opinion piece published Tuesday Han called the ascendancy of Trump on the political stage a "shock," in particular with what the writer called Trump's proposal to remove U.S. troops from South Korea and Japan.

But "ignorant" and "brash" Trump could also turn a new page for South Korea, a country the editorial described as subjugated to foreign powers.

"There are a few positive aspects to Trump's impudent comments," the editorial stated.

Han also said the United States is to blame for the North-South confrontation and for national division.

But the South need not worry, Han wrote – as Kim stated during the Seventh Party Congress North Korea would not use its nuclear weapons unless provoked first.

As secretary of state, Clinton's approach to North Korea required Pyongyang show a commitment to denuclearization, while in March Trump suggested Japan and South Korea develop their own nuclear weapons to defend themselves.