Several South Korean self-propelled guns are seen on standby in an area near the western border with North Korea. A retired U.S. general said instability and collapse could soon take place in North Korea. Photo by Yonhap News Agency

"First off, I believe there will be strong provocations, strong attacks by North Korea that could quickly escalate into a much bigger conflict," said retired four-star Gen. Walter Sharp, Stars and Stripes reported.

"Secondly, there will be instability in North Korea that I believe will lead to the collapse of North Korea much sooner than many of us think."

Sharp was speaking at a conference held by the Association of the U.S. Army's Institute of Land Warfare in Hawaii.

Sharp told the audience that major changes are ahead, possibly during the tenure of Gen. Vincent Brooks, who was recently appointed to command the U.S. military on the Korean peninsula.

Sherman had said in early May that, "It is becoming increasingly clear that the status quo [in North Korea] likely is not sustainable, and unexpected changes, including sudden regime collapse or a coup, cannot be ruled out."

North Korea is under multiple pressures, most recently heavier U.N. Security Council sanctions that could choke off funding for Pyongyang's nuclear weapons program.

China's support of the sanctions could mark a turning point, as well, and there are increasing signs Beijing's North Korea policy is changing.

In addition to agreeing to enforce sanctions, China could be taking a different approach to North Korean defectors, as evidenced by the flight of 13 North Korean state restaurant workers who were permitted to leave China for Southeast Asia on valid passports.

Conditions have not improved under Kim Jong Un, and the state's economy "is clearly not meeting the needs of the people of North Korea," Sharp said. 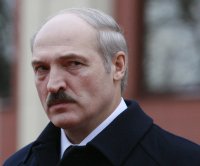 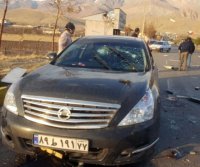