A Kyoto University professor who has never visited North Korea is facing restrictions. 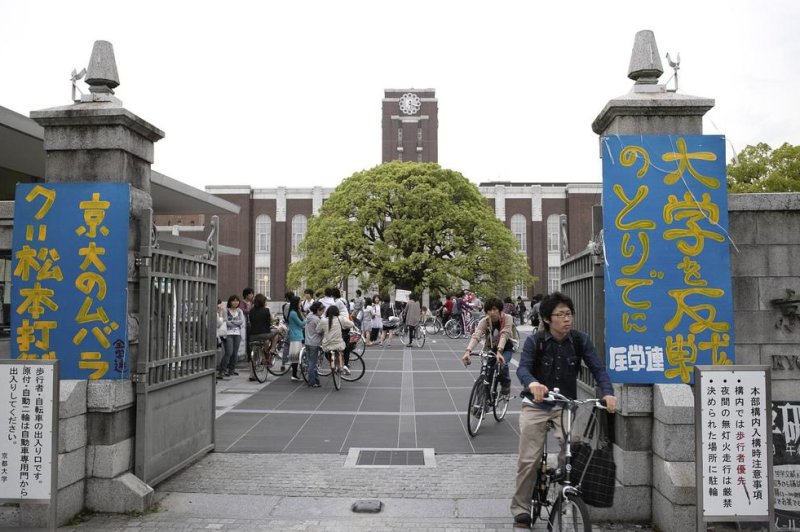 Japan has blacklisted a South Korean passport holder who teaches at Kyoto University, as part of increased sanctions against North Korea. The professor says he has never visited the North. File Photo by Jun Seita/Flickr

TOKYO, May 3 (UPI) -- Japan has blacklisted at least five scientists residing in the country, including a South Korean national who says he has never visited North Korea.

The blacklist, in total, includes 22 individuals.

The measure is part of Tokyo's policy to restrict the movement of people who could be abetting Pyongyang's nuclear weapons program, the Sankei Shimbun reported Monday.

But the sanction against the ethnic Korean missile scientist, identified by his surname Byun, also comes at a time when South Korea and Japan are trying to mend fragile relations that have declined over territorial disputes and the issue of wartime comfort women.

"I don't know why I have been placed under sanctions [since February] when I have never been to North Korea," Byun reportedly said.

In February, Japan extended existing sanctions against North Korea. New policies include a ban on money transfers and denial of entry to North Korean nationals.

In April, Japan also required ethnic Korean residents in the country to sign a pledge to not visit North Korea.

Tokyo appeared to be targeting Koreans who support the Pyongyang regime but the blacklisting of a South Korean passport holder came as a surprise for many, including Byun.

Byun has served as a visiting lecturer at South Korean universities and has visited the South several times. But the sanctions against Byun could mean his travel to South Korea will be limited.

Byun has been the recipient of several awards, including recognition for a "most cited paper" by the Atomic Energy Society of Japan.

But the scientist also accepted a research grant from a pro-Pyongyang association – according to South Korea press.

Japan's right-wing activists are calling for expanded sanctions against all ethnic Koreans in Japan who have not opted for Japanese or South Korean nationality.

"All of 'Chosen nationality' should be subject to sanctions," the activists wrote online.

World News // 3 hours ago
Women inside Israel's spy agency take over key role of watching Iran
Aug. 18 (UPI) -- For the first time, two women have been appointed to take over executive-level positions inside Israel's foreign intelligence agency, and both will be mainly charged with keeping an eye on Iran and its nuclear program.

World News // 4 hours ago
At least 21 dead after suicide attack at Afghan mosque, including prominent cleric
Aug. 18 (UPI) -- Authorities said Thursday that a suicide bombing that targeted a mosque in Afghanistan's capital has killed almost two dozen people, including a prominent Muslim cleric, and the death toll may yet rise again.

World News // 8 hours ago
U.S. and Taiwan to start formal trade talks on the heels of Pelosi visit
Aug. 18 (UPI) -- The United States and Taiwan announced plans to begin formal trade talks, weeks after a visit by U.S. House Speaker Nancy Pelosi to Taipei sparked a furious response from China.

World News // 18 hours ago
Deadly explosion erupts at mosque in Kabul
Aug. 17 (UPI) -- An explosion during evening prayers at a mosque in Kabul, Afghanistan, on Wednesday killed at least three people and injured dozens more.
Advertisement