Seoul has dismissed the request.

A South Korean soldier stands watching the North side at the Joint Security Area of Panmunjom in the demilitarized zone near Paju, South Korea. North Korea has requested recent defectors be allowed to meet with family members at the truce village. File Photo by Keizo Mori/UPI | License Photo

SEOUL, April 21 (UPI) -- North Korea wants a group of state restaurant workers who fled China for South Korea to be reunited with their families in Seoul or Panmunjom.

South Korea has said it cannot allow the defectors, who had valid passports, to meet with their families, and has turned down the North Korean request.

Pyongyang's Red Cross Central Committee issued a statement Thursday, requesting the North's "beloved daughters, who were kidnapped in broad daylight," be allowed a face-to-face meeting with their families.

North Korea stated it would permit the defectors' families to travel to the truce village of Panmunjom at the border or Seoul, if it means they can speak with their children.

On April 7, the North Koreans – a man and 12 women – had arrived in the South after they sought asylum at Seoul's embassy in Bangkok.

In past statements, Pyongyang charged South Korea's National Intelligence Service of tricking the North Koreans into leaving for the South.

That claim was made again this week, by women who were identified by CNN in Pyongyang as waitresses at the same restaurant from where the defectors had escaped.

"We would never leave our parents, country, and leader Kim Jong Un. None of us would ever do that," said Han Yun Hui, one of the women.

Unification Ministry spokesman Jeong Joon-hee has said the workers left after learning about the real South Korea through media. 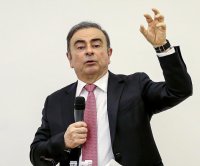 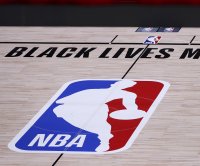