North Korea calls for negotiations with the United States

SEOUL, April 4 (UPI) -- One month after the adoption of sweeping sanctions at the United Nations Security Council, North Korea is calling for negotiations with the United States.

Pyongyang issued a long statement through its National Defense Commission, calling for an end to hostilities, Yonhap reported.

"Maintaining stability is more urgent than unilateral sanctions, and providing negotiations can find a better solution than reckless military pressure," North Korea said in the statement.

The statement marks a departure from the warmongering rhetoric from North Korea in February and March, when state media threatened to turn Seoul into "powder" and suggested South Korean President Park Geun-hye be assassinated.

The statement also comes on the heels of tests of several short-range projectiles in March.

South Korea has not ruled out the possibilities of a fifth nuclear test.

The North Korean statement, issued on Sunday, included the use of what South Korean media described as "unprecedented" words, including "stability" and "negotiation."

Moon Sang-kyun, spokesman for Seoul's defense ministry, told reporters Monday the statement was "very long," but dismissed the call for talks with the United States. There has been a "gap between words and behavior" from the North in past instances, and therefore a lack of credibility in the statement, Moon said.

Yang Moo-jin, a professor of North Korean studies in Seoul, said the North is claiming that it hasn't felt the impact of sanctions while showing its "preparedness" for dialogue.

The lengthy announcement is also likely a reflection of internal circumstances in North Korea in a run-up to the Seventh Party Congress, to be held in May.

The United States has said negotiations with North Korea are possible only if Pyongyang decides to turn away from its diplomatic and economic isolation and commits to denuclearization.

World News // 12 minutes ago
British court rules woman who left for Syria can return
July 16 (UPI) -- An appeals court ruled Thursday that a woman who left Britain for Syria five years ago to marry an Islamic State fighter can return to fight for her citizenship in her native country. 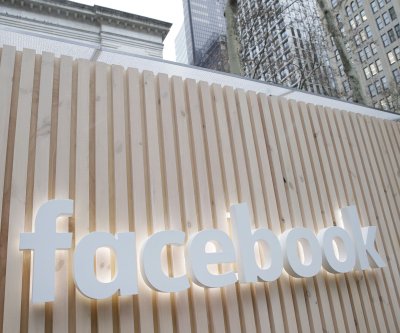 World News // 3 hours ago
EU court rejects data-sharing deal due to privacy concerns
July 16 (UPI) -- The European Union's top court on Thursday invalidated an arrangement under which social media companies like Facebook can transfer personal data of EU residents to the United States.

World News // 3 hours ago
Researchers: North Korea developing arsenal to evade missile defenses
SEOUL, July 16 (UPI) -- North Korea continues to advance its nuclear weapons and missile programs and poses a growing threat to countries in the region such as South Korea and Japan, according to a report issued this week.