By
Shawn Price and Marilyn Malara 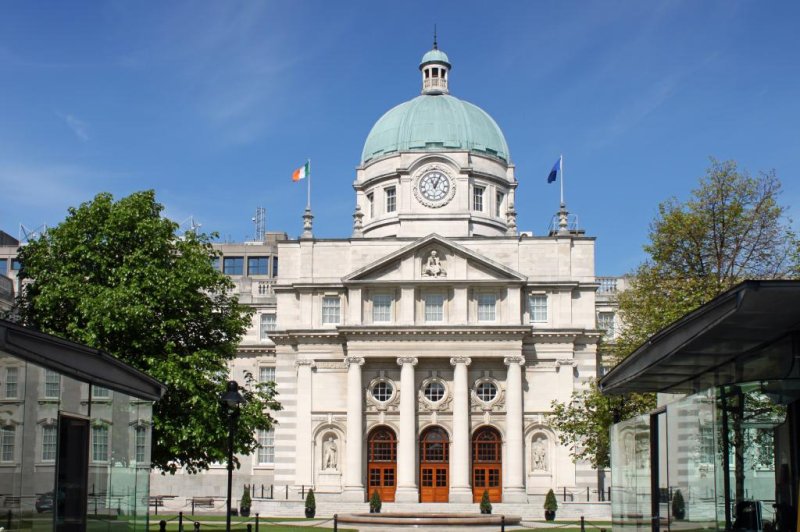 The ruling Fine Gael Party took a beating in Irish elections over the weekend but will maintain a narrow margin over Fianna Fail. Prime Minister Enda Kenny said he will not step down despite big losses. Photo by Spectrumblue/Shutterstock.

DUBLIN, Ireland, Feb. 29 (UPI) -- Irish prime minister Enda Kenny admitted his coalition government will not return to office but said he will not step down despite big losses.

Fine Gael and Fianna Fail have long been at odds. Although neither having a majority in the Dail, they previously vowed not to form a coalition. The long-opposing parties first emerged almost a century ago at the close of Ireland's civil war in 1923.

Reports suspect pressure will move the parties to come to somewhat of an agreement in the coming weeks following Friday's election.

Sinn Féin is having the strongest election it's ever had in the Irish Republic and is likely to pick up more than 20 seats. Gerry Adams has once again was elected.

Independent candidate Shane Ross was the first elected to the Dail, BBC reports. Sinn Fein candidate Eoin O Broin became the first from his party to be elected soon after.

"A lot will depend on the destination of the last seats in many constituencies," Fianna Fáil leader Micheal Martin said, BBC reported Saturday. "It's a bit too early to be definitive, but it's clear we're going to have a good day."

Counting will not end until at least Monday, because Sinn Féin has requested a recount in Wexford.