The Islamic State claimed responsibility for the attacks, which occurred in a predominantly Shia neighborhood of the capital.

Iraqis inspect the wreckage of a bus following an explosion in the Shia Muslim stronghold of Sadr City, in northeastern Baghdad, Iraq, on December 6, 2006. On Sunday, the Islamic State claimed responsibility for a double suicide bombing in Sadr City that killed at least 31 people. File photo by Akram Saleh/ UPI | License Photo

The Islamic State claimed responsibility for the attacks, which occurred in the Sadr City district of northeastern Baghdad.

At least 50 others were injured, the BBC quoted Iraqi officials as saying. At least one of the explosions took place in the Maridi market.

The IS, also known as ISIS, ISIL and Daesh, is a mainly Sunni Muslim terrorist group that considers Shia Muslims to be heretics. The militants reportedly said more attacks against Shia Muslims would follow.

Last week, the group claimed responsibility for a similar attack in a Shia suburb of Damascus, Syria.

Since 2014 the group has controlled swaths of land in northern and western Iraq after spilling over from Syria in a rapid advance that sent thousands of Iraqi troops fleeing.

The Iraqi military, supported by airstrikes from a U.S.-led coalition, has counter-attacked since then, seizing IS-held cities such as Tikrit, Sinjar and Ramadi.

However, the militants still possess strongholds in Mosul, Fallujah and neighboring Syria -- and continue conducting suicide bomb attacks in Shia communities, often detonating a follow-on explosive after emergency services and crowds have formed at the scene of an initial blast.

Iraqi security forces, along with their Western and Iranian-backed allies, have for months prepared for an upcoming assault on Mosul.

Sunday's attack coincided with an IS assault on Abu Ghraib, a suburb west of the capital. The attack, coordinated between suicide bombers and gunmen, was reportedly driven back. 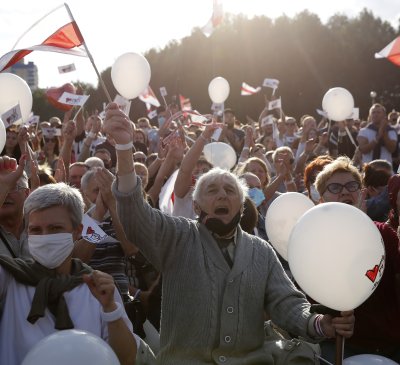