Ri Sol Ju is getting bad ratings for her choices. 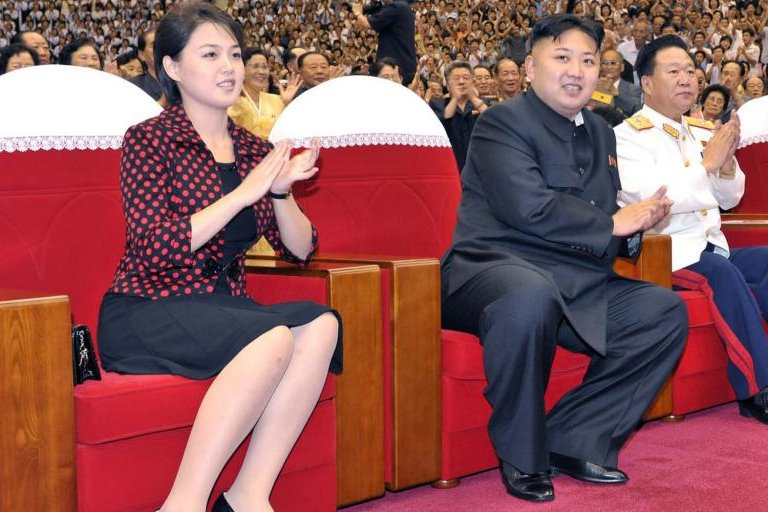 North Korea’s first lady, Ri Sol Ju, shown here at a 2012 performance with Kim Jong Un, is rarely seen in public but she is often carrying an expensive French purse. Photo by KCNA

SEOUL, Feb. 25 (UPI) -- North Korea's first lady Ri Sol Ju is rarely seen in public, but according to a recent report, the wife of leader Kim Jong Un is not well liked.

Ri is best known for her love of luxury goods that suggest she leads a lavish lifestyle, Asia Press reported Wednesday.

North Korean reporters who went undercover to gather opinions about life in the secluded country said Ri gets bad ratings for her choices at a time when many North Koreans say their standard of living has worsened since Kim came to power.

North Koreans who were interviewed anonymously called Kim a "rookie" and "fearsome."

But they reserved their most negative remarks for Ri, who, according to the report is 26 years old and traveled to South Korea in 2005 with a North Korean cheerleading squad during the Asian Athletics Championship in Incheon.

Some North Koreans complained that they were irritated with her debut on state media, where she was touted as "Respectable Comrade Ri Sol Ju."

One male worker in the North Korean province of Yanggangdo said the title was undeserved, adding, "What did she do to earn such praise? And why does she carry a moneybag everywhere she goes? Is she giving out money?"

Ri is often seen with an expensive French purse on her arm.

For decades, North Korea's socialist economy precluded the need for most citizens to carry cash for purchases, but eyewitnesses have said that is changing, especially in Pyongyang, where women are starting to follow or start fashion trends.

North Korea's elite live a life apart from the vast majority of the population, and Ri's choice of clothes could be a sign the wealth gap in the country is not only increasing but also being tolerated.

Top officials who fall ill are often treated outside the country, where better medical care is available.

Yonhap reported Hwang Pyong So of the Korean People's Army, known also as Pyongyang's third most powerful official, has been missing because he is receiving treatment at a hospital in Singapore for a back problem.

World News // 13 hours ago
Police, protesters clash in wake of Beirut blasts
Aug. 8 (UPI) -- Beirut police fired tear gas and rubber bullets Saturday toward thousands of protesters calling for government accountability for this week's explosions at a port that killed over 150 people.