It was the pound's largest one-day drop since 2009.

London Mayor Boris Johnson announced his support of a British exit from the European Union, prompting a 2.1 percent decline in the value of the British pound. File Photo by Hugo Philpott/UPI | License Photo

LONDON, Feb. 22 (UPI) -- The value of the British pound fell over 2 percent Monday after London's mayor announced his support for Britain leaving the European Union.

Mayor Boris Johnson is the most prominent British politician to announce his backing of what is known as the "Brexit," to be determined in a June 23 national referendum. His announcement Sunday is a setback for Prime Minister David Cameron, whose negotiations in Brussels last week secured a deal, pending the referendum, to reset Britain's relationship with the EU. Like Cameron, the popular Johnson is a Conservative Party member and is regarded as Cameron's potential successor.

The pound has already declined over 17 percent against the U.S. dollar in the past 18 months. Several Conservative Party ministers have indicated they will support a move to separate Britain from the EU.

World News // 59 minutes ago
Thai court dissolves popular pro-democracy party, bans leaders for 10 years
Feb. 21 (UPI) -- Thailand's pro-democracy Future Forward Party was dissolved and of 16 of its leaders banned from politics for a decade under a ruling issued by the country's Constitutional Court. 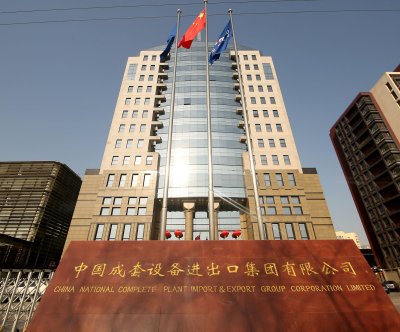