Doctors Without Borders says hospital in Syria destroyed by airstrikes 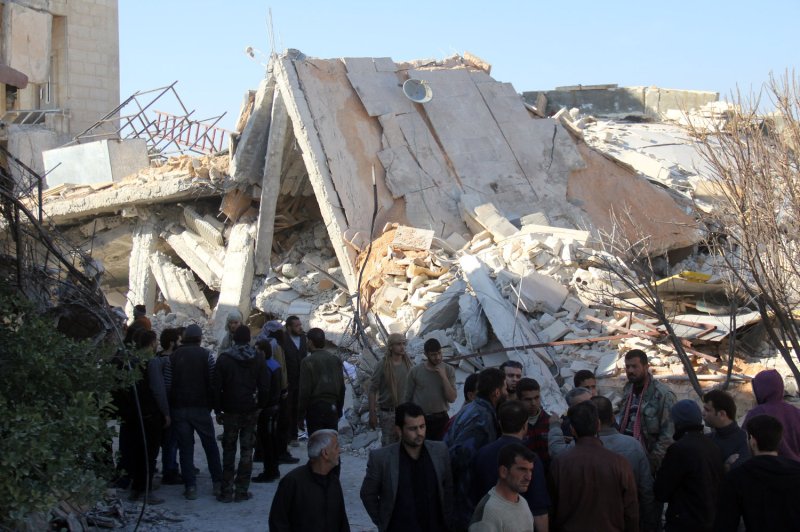 People stand around the rubble of a hospital supported by Doctors Without Borders (MSF) near Maaret al-Numan, in Syria's northern province of Idlib, on February 15, 2016. Photo by Omar Haj Kadour/ UPI | License Photo

The airstrikes in the northwestern city of Maarat al-Numan reportedly killed at least nine people, including a child. Doctors Without Borders, known officially as Médecins Sans Frontières or MSF, said the hospital was struck four times within minutes.

"This appears to be a deliberate attack on a health structure, and we condemn this attack in the strongest possible terms," MSF representative Massimiliano Rebaudengo wrote in a statement. "The destruction of the hospital leaves the local population of around 40,000 people without access to medical services in an active zone of conflict."

The hospital had 30 beds and 54 employees. MSF said eight staff members were missing.

The latest strike follows another on an MSF hospital earlier this month that killed three in the Dara'a governorate, near the Jordanian border. In October, an MSF hospital in Kunduz, Afghanistan, was destroyed by a U.S. airstrike that killed 42 people, including patients and medical staff. President Barack Obama apologized for the errant strike but MSF has called for an independent international investigation.

World News // 4 hours ago
Blinken vows 'serious consequences' if Russia steps into Ukraine conflict
Dec. 2 (UPI) -- The top American and Russian diplomats met for talks in Sweden on Thursday and exchanged concerns about Moscow's involvement with a lengthy separatist dispute in eastern Ukraine. 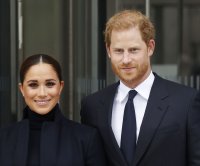 World News // 7 hours ago
Court upholds legal victory for Meghan Markle in privacy suit vs. British publisher
Dec. 2 (UPI) -- Meghan Markle won a privacy battle in a British court on Thursday against a publisher that had made public part of a letter that she'd written to her estranged father three years ago when she married Prince Harry.

World News // 7 hours ago
U.S., South Korea agree to update war plans to counter North Korea
SEOUL, Dec. 2 (UPI) -- The United States and South Korea will update their military strategic playbook for the first time in a decade in response to growing threats from North Korea, the defense chiefs of both countries announced Thursday. 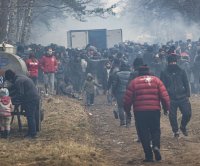