A Syrian woman carries her child as she looks for relatives in the rubble of destroyed houses following what local activists said was an airstrike by Russian in a rebel-held area near Aleppo, Syria. Thursday, Russian officials accused the U.S. military of bombing nine targets in the city, which is Syria's second-largest. The State Department rejected the claims. Photos by Ameer Alhalbi/ UPI | License Photo

WASHINGTON, Feb. 11 (UPI) -- The U.S. Department of State has dismissed claims by the Russian government that American warplanes bombed targets in northwest Syria on Wednesday -- including possibly two hospitals.

The Russian Ministry of Defense claimed Thursday that the United States military was behind the attack in the war-torn city of Aleppo. Moscow said two U.S. Air Force A-10 attack aircraft hit nine targets in the city, which has seen increased violence in recent weeks.

"Two A-10 attack aircraft of the U.S. Air Force entered Syrian airspace from ... Turkey and, reaching Aleppo by the shortest path, made strikes against objects in the city," Russian Defense spokesman Igor Konashenkov said.

Russia also said the United States bombed the targets as part of a secret mission and that two hospitals were possibly among the targets.

The accusation is the latest hit in deteriorating diplomatic relations between the United States and Russia, which have been at odds over Syria for years. Moscow has backed the regime of Syrian President Bashar Assad while Washington supports the opposition.

Syria continues to deteriorate itself as the civil war enters its sixth year. President Barack Obama and Russian President Vladimir Putin have continued partial cooperation -- in fighting the Islamic State terror group -- but remain far apart on the resolution of the civil war.

Russia wants Assad to remain in power while the United States flatly rejects any ceasefire proposal that leaves his regime intact.

U.S. Secretary of State John Kerry announced later Thursday that an agreement had been reached toward implementing a ceasefire.

World News // 32 minutes ago
Taiwan vows 'necessary assistance' to Hong Kong residents
May 25 (UPI) -- Taiwan's President Tsai Ing-wen has promised "necessary assistance" to the people of Hong Kong after protests reignited in the semi-autonomous region over the weekend.

World News // 14 hours ago
U.S. bans travel from Brazil as coronavirus also surges in Mexico
May 24 (UPI) -- The death toll and cases from coronavirus are surging in two Latin American nations -- Brazil and Mexico -- while the pandemic stabilizes in other former hotspots, including Asia and Europe.

World News // 14 hours ago
Netanyahu appears in court on corruption charges
May 24 (UPI) -- Benjamin Netanyahu appeared in a courtroom in Jerusalem on Sunday for arraignment on bribery, fraud and breach of trust charges -- the first prime minister of Israel in office to stand trial. 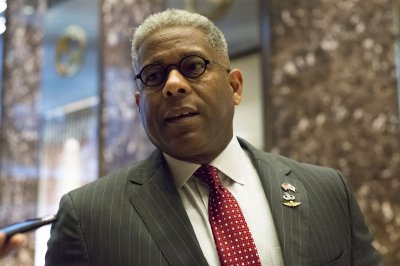