Experts recommended the drones be classified as items related to the development of North Korean ballistic missile technology.

A North Korea-manufactured drone. The United Nations Security Council Sanctions Committee is likely to suggest a ban on the sale of drones to North Korea, because China-made aircraft are being deployed by Pyongyang for military use. File Photo by Yonhap

SEOUL, Feb. 5 (UPI) -- The United Nations Security Council Sanctions Committee is likely to suggest a ban on the sale of drones to North Korea, because China-made aircraft are being deployed by Pyongyang for military use, according to Japan press.

A panel of committee experts had suggested in a report that North Korea's reconnaissance administration was operating drones that were likely modified versions of China's UV10 drones, manufactured by Beijing-based Microfly Engineering Technology, Kyodo News reported.

The report stated the Chinese company does not ship the drones directly, but through an intermediary or broker.

Experts recommended the drones, used on North Korean reconnaissance missions, should be classified as items related to the development of North Korean ballistic missile technology, and added to a list of banned items.

North Korea is already under U.N. sanctions for past nuclear tests, and the country most recently tested a fourth weapon on Jan. 6 and has announced plans to launch a rocket for the purpose of sending an "earth observation satellite" into space.

Critics say the satellite launch is a cover for a test of Pyongyang's ballistic missiles.

In January, North Korea flew a drone across the demilitarized zone, prompting South Korean soldiers to fire warning shots at the intruding aircraft. The drone turned back after the shots were fired.

South Korea military remains on high alert after the North's announcement of its rocket launch, which, according to Pyongyang, is scheduled to take place between Feb. 8 and 25, South Korean newspaper Asia Business reported.

North Korea has started injecting fuel into its long-range missile and is on the brink of a launch, according to a Pentagon official who spoke on the condition of anonymity. 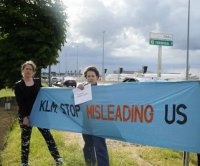