A Chinese foreign ministry spokesman said North Korea reserves the "right to use space" for a satellite launch.

BEIJING, Feb. 3 (UPI) -- North Korea's announced plan to launch a long-range rocket is testing China's mettle – and is creating a precarious situation for both countries at a time when Chinese envoy Wu Dawei is in Pyongyang for talks.

But it was unclear how much influence the Chinese envoy could have in light of Pyongyang's recent announcement to launch an "Earth observation satellite" between Feb. 8 and 25. It was also not clear whether Wu was aware of Pyongyang's impending proclamation a day ahead of his trip to North Korea.

Chinese Foreign Ministry spokesman Lu Kang said Wednesday Beijing stands resolutely opposed to any actions that escalate conflict in the region, and that problems need to be resolved in negotiations with other countries.

During the press briefing on Wednesday, Lu also said North Korea reserves the "right to use space" for a satellite launch, despite the fact several experts have said the program is a cover for an intercontinental ballistic missile test. North Korea also has said in previous statements it is capable of making an unlimited number of hydrogen bombs and is in possession of an ICBM capable of striking the U.S. mainland.

Lu said the situation is one of "most serious concern" to China and that Beijing hopes North Korea acts prudently, and in abidance with the Sept. 19 Joint Statement that North Korea agreed to in 2005, along with the other five member countries of the six-party talks working toward denuclearization on the Korean peninsula.

The United States has called for tougher sanctions at the United Nations Security Council, but China has refrained from stronger measures that could create a crisis at its border.

World News // 3 hours ago
French journalist kidnapped in Mali pleads for release in video message
May 5 (UPI) -- French Journalist Oliver Dubois pleaded for his life in a video released Wednesday after he was abducted by the "Support Group for Islam and Muslims" in Mali.

World News // 10 hours ago
Soldiers leaving Myanmar's air force by the dozens, report says
May 5 (UPI) -- Dozens of soldiers with Myanmar's Air Force have deserted the military, according to a recent press report. 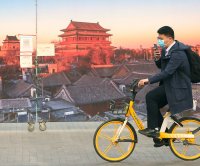 World News // 15 hours ago
Myanmar coup: Military bans satellite dishes in media crackdown
May 5 (UPI) -- More than three months after it took over the civilian government, Myanmar's military on Wednesday banned satellite dishes that it says were providing access to television programs that "harm state security." 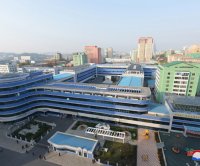 World News // 15 hours ago
North Korea getting ready for COVID-19 vaccines after reporting 'zero' cases
May 5 (UPI) -- North Korea is preparing to receive deliveries of COVID-19 vaccines from the World Health Organization's COVAX facility amid delays, according to the WHO.