Top Japanese official in charge of TPP accused of graft

Akira Amari played a critical role in reaching an agreement with the United States and other members of the Trans-Pacific Partnership. 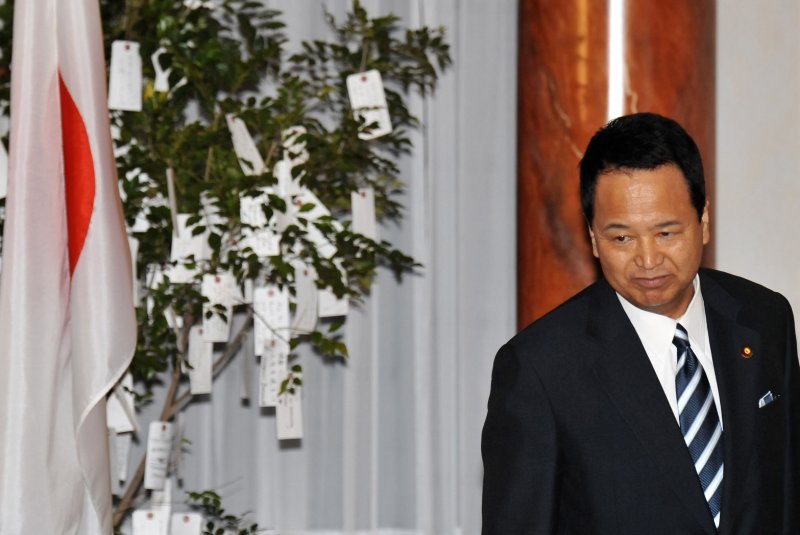 Japan's Minister of State for Economic and Fiscal Policy, Akira Amari has been at the center of a possible graft scandal, after a Japanese tabloid, Shukan Bunshun, alleged Amari accepted a large sum of money from a Japanese construction firm. UPI/Keizo Mori | License Photo

TOKYO, Jan. 21 (UPI) -- Expensive sweet bean confections and more than $148,000 in cash could have lured the current Japanese economic minister to take a bribe – while negotiating terms for the Trans-Pacific Partnership.

Tokyo's top fiscal policy chief Akira Amari has been at the center of a possible graft scandal, after a Japanese tabloid, Shukan Bunshun, alleged Amari accepted a large sum of money from a Japanese construction firm, The Japan Times reported.

Amari played a critical role in reaching an agreement with the United States and other members of the Trans-Pacific Partnership, a deal that was sealed in October. Japan agreed on the deal because it would facilitate Japanese business expansion overseas.

On Wednesday Amari played down the charges, and said, "I swear that I have done nothing that would make me worthy of public criticism."

If Amari were found guilty of accepting the money, about $148,000, he would be found in violation of Japan's anti-graft laws. The magazine article reported the construction firm sent a representative to give Amari an envelope containing $4,250 as a "token of appreciation" as early as November 2013, which was accompanied by yokan, a pricey Japanese dessert made of sweet beans.

Japanese Prime Minister Shinzo Abe appointed Amari, and the allegations, if true, could pose problems for Abe in the run-up to elections in 2016, Bloomberg reported.

"The eruption of a scandal surrounding a key economic policymaker could complicate the Abe administration's response to financial market volatility and its bid to ratify the TPP during the current Diet session," said Tobias Harris, a political risk analyst with Teneo Intelligence.

Three ministers have resigned on allegations of wrongdoing since Abe assumed office in December 2012.

Koya Nishikawa, a former agriculture minister, left in February 2015 after he was linked to illicit political donations, and two female ministers each resigned in October 2014 for accepting illegal funds.