The annotated rerelease of Hitler's "Mein Kampf" sold out in the first week on sale after the work had been absent from German book stores for more than 70 years. Photo by Huntington Library/UPI | License Photo

BERLIN, Jan. 16 (UPI) -- The initial 4,000 copies of the new annotated version of Hitler's Mein Kampf sold out since being released in German bookstores last week.

The annotated, critical version of the German dictator's manifesto was made available for purchase for the first time in 70 years on Jan. 8. Since then, the initial 4,000 copy printed has sold out. Publishers received over 15,000 preorders.

"We were quite surprised that there were so many advance orders, despite the fact that people did not even have the chance to take a first look in bookstores," Simone Paulmichl of publisher Institute of Contemporary History Munich-Berlin told MSNBC.

The sales were also good enough to place the book on German Magazine Der Spiegel's list of best sellers.

Copies of the 2,000 page book were sold in bookstores across the country for $64, although many stores stocked as few as one copy of the book and refused to advertise its sale.

"It's available like any other book, but because of the special circumstances there is a certain waiting time," the publisher told The Local.

Due to its scarcity, resellers attempted to sell the book for prices as high as $747 on sites like eBay and Amazon. 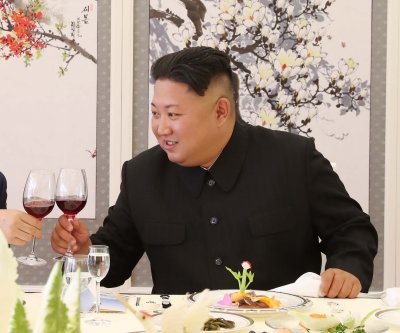