Following his attack on materialism in his midnight mass address, the pope spoke Christmas day about religious conflict and his appreciation of those aiding migrants.

Pope Francis celebrates Christmas Eve mass Thursday at St. Peter's Basilica in Vatican City. In his homily the 79-year-old Argentine Pope, who is the leader of 1.2 billion Roman Catholics, contrasted the birth of Jesus to societies that are intoxicated by consumerism and hedonism. Photo by Stefano Spaziani/UPI | License Photo

Pope Francis celebrates Christmas Eve Mass at St. Peter's Basilica in Vatican City on Thursday. In his homily the 79-year-old Argentine Pope, who is the leader of 1.2 billion Roman Catholics, contrasted the birth of Jesus to societies that are intoxicated by consumerism and hedonism. Photo by Stefano Spaziani/UPI | License Photo

Delivering his "Urbi et Orbi," or "To the city and to the world" address to thousands of attendees from a balcony overlooking heavy-guarded St. Peter's Square in the Vatican, he condemned "brutal acts of terrorism," identifying events in France, Lebanon, Egypt, Tunisia and Mali.

"To our brothers and sisters, who in many parts of the world are being persecuted for their faith, may the child Jesus grant consolation and strength," he said.

He also urged Israelis and Palestinians to resume peace talks and reinforced international campaigns to halt violence in Libya and Syria, where, he said, acts of violence "do not even spare the historical and cultural patrimony of entire peoples", a reference to the Islamic State terrorist organization. He referred to persecuted Christians as "martyrs."

The pope also mentioned the migrant crisis, offering the hope God will repay those who "generously work to provide assistance and welcome" to refugees.

The night before during the Christmas Eve midnight mass at the Vatican, the pope was critical of materialistic society and a culture of indifference.

Speaking during the mass, an annual event broadcast worldwide from St. Peter's Basilica, he noted that "In a society so often intoxicated by consumerism and hedonism, wealth and extravagance, appearances and narcissism, this child [Jesus] calls us to act soberly, in other words, in a way that is simple, balanced, consistent, capable of seeing and doing what is essential ... amid a culture of indifference which not infrequently turns ruthless, our style of life should instead be devout, filled with empathy, compassion and mercy, drawn daily from the wellspring of prayer."

The homily was in keeping with Francis' personal style, stressing mercy, simplicity and forgiveness. He made no mention of refugees, a common theme in his recent speeches.

The Christmas observances come after the start of the Catholic church's extraordinary jubilee -- a holy year called for by Pope Francis encouraging Catholics across the world to embark on pilgrimages. The "year of mercy" is a specially designated time in which special masses throughout the world, and papal audiences in the Vatican, are held.

RELATED Pope Francis is PETA-UK's Person of the Year

World News // 4 hours ago
PAHO: Americas over take Europe as COVID-19 epicenter
May 26 (UPI) -- The Americas have surpassed Europe to become the new epicenter of the coronavirus pandemic, the Pan American Health Organization said while calling on those countries to maintain movement restrictions to curb infections.

World News // 16 hours ago
Putin reschedules Russian Victory Day parade for June 24
May 26 (UPI) -- Russian President Vladimir Putin said Tuesday the government will stage the Victory Day parade in about a month, after it was postponed due to the coronavirus pandemic. 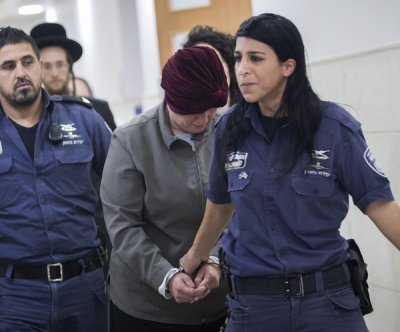 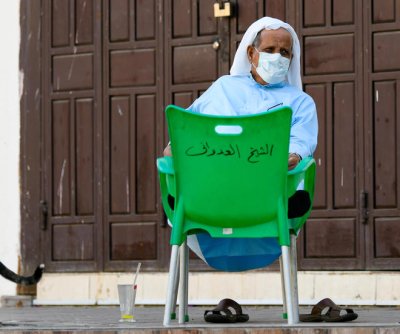 World News // 21 hours ago
Saudi Arabia to ease some restrictions this week, the rest in June
May 26 (UPI) -- Officials in Saudi Arabia said Tuesday they will relax coronavirus-related curfews and other restrictions for most of the country this week and they will be fully lifted nationwide next month.