The North Korean leader could be experiencing high levels of stress and now weighs between 265 and 287 pounds.

Kim Jong Un could be stressed because of power struggles within his extended family and has gained 88 pounds in the last four years, a South Korean analyst said Thursday. File Photo by Yonhap

Kim Kwang-jin, a research fellow at Seoul's Institute for National Security Strategy, told South Korean news network YTN Kim's state is "not normal," and that Kim weighed 198 pounds when he initially assumed power in late 2011. Now he's estimated to weigh between 265 and 287 pounds.

The North Korean leader could be experiencing high levels of stress, and there is evidence he has been increasing his intake of alcohol while smoking more cigarettes, the South Korean analyst said, adding Kim could be suffering from high blood pressure and respiratory problems.

Kim Jong Un could be stressed because of power struggles within his extended family, Kim Kwang-jin said.

In 2013, Kim had ordered the execution of his uncle Jang Song Thaek on charges of treason and corruption, and more recently had Jang's wife, Kim's biological aunt, removed from positions of power.

Kim Kwang-jin said ordinary North Koreans are cut off from information about the highly secretive Kim dynasty, and they are unaware of Kim Jong Un's health problems, or are indifferent.

One source in North Hamgyong Province said millennials do not show much care for Kim Jong Un idolization.

Young North Koreans display outward acts of obedience for fear of punishment, but they do not worship Kim because he is "just a young leader who is around our age."

World News // 9 hours ago
Tropical Storm Nepartak forms east of Japan, could impact Tokyo Olympics
July 23 (UPI) -- The Olympic Games in Tokyo have already been postponed by an entire year due to the coronavirus pandemic, and now Tropical Storm Nepartak in the Philippine Sea could put some events at risk of being delayed again.

World News // 15 hours ago
Olympic COVID-19 cases in Tokyo top 100 as Summer Games begin
July 23 (UPI) -- The number of coronavirus cases connected with the Summer Olympics Games rose to more than 100 as competition began Friday, according to data provided by the Tokyo government. 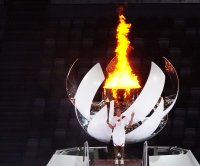 World News // 18 hours ago
Woman in China dies after throwing baby to safety during deadly flood
July 23 (UPI) -- A woman who tossed her baby to safety when mudslides and floods struck her home in China's Henan Province was found dead, according to rescuers. 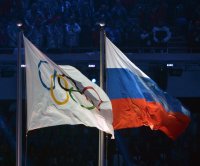 World News // 20 hours ago
North Korean defectors forced to pay more in bribes, research says
July 23 (UPI) -- North Korea is cracking down on defections as arbitrary home searches and surveillance are on the rise.
Advertisement