The same-name ruling follows a lawsuit filed by five women who said the 1896 civil code was a violation of civil rights. 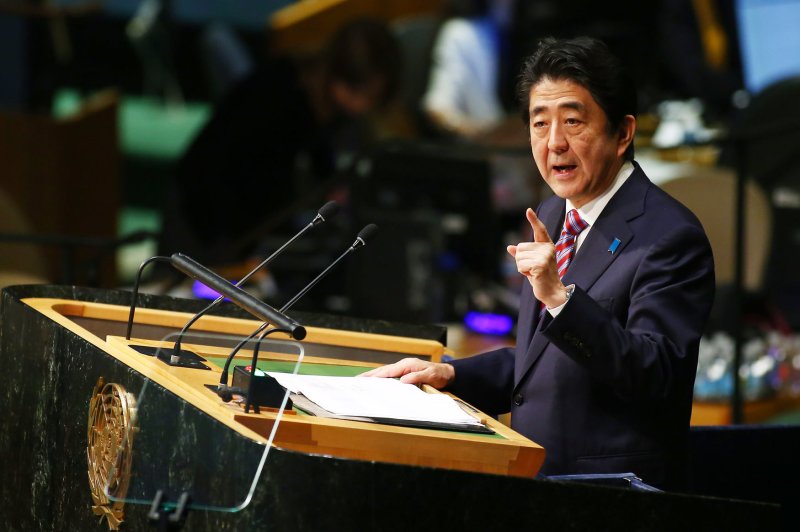 Japanese Prime Minister Shinzo Abe has been promoting the need for more women in the workforce, but many in his Liberal Democratic Party support the surname law. File lPhoto by Monika Graff/UPI | License Photo

TOKYO, Dec. 17 (UPI) -- For decades Japanese women have been obligated to give up their surname after marriage, and the law, dating back to the 19th century, was upheld on Wednesday, causing uproar among activists who say the requirement discriminates against women

Japan's supreme court in Tokyo said the law does not violate the country's constitution, despite the fact it is usually the wife who must adopt the husband's family name, The Guardian reported.

Women who petitioned for a change so that they may keep their maiden names on official records, are protesting the ruling.

"When I heard the ruling I started crying, and even now it hurts," said Kyoko Tsukamoto, a retired 80-year-old high school teacher, The New York Times reported.

Tsukamoto said she "lost her identity" due to the outcome, and that she married 55 years ago only to prevent her three children from being born out of wedlock.

The same-name ruling follows a lawsuit filed by five women who said the 1896 civil code was a violation of civil rights. Kaori Oguni and her fellow plaintiffs said they were seeking $48,900 in damages for emotional distress and inconveniences.

Though the law does not specify which name to adopt upon marriage, women take their husband's name 96 percent of the time.

"It's unconstitutional," Oguni had said before the ruling.

Japan's conservatives, however, have strongly opposed the movement to repeal the law, and have said permitting couples to maintain different surnames could damage the traditional family unit.

The chief justice presiding over the case, Itsuro Terada, had said the law is not overly burdensome because women could use their maiden names in their public lives, and also suggested the issue should be debated in Japan's parliament.

Japanese Prime Minister Shinzo Abe has been promoting the need for more women in the workforce, but many in his Liberal Democratic Party support the surname law.