Analysts said Thursday that Kim Jong Un is trying to reassure North Koreans of the stability of his regime. File Photo by Yonhap

SEOUL, Dec. 10 (UPI) -- Kim Jong Un said North Korea has developed a hydrogen bomb, but South Korean analysts say the claim could be an exaggeration designed to pressure the United States into a peace treaty.

North Korea "has become a strong nuclear state that can execute huge explosions with self-developed nuclear weapons and a hydrogen bomb, owing to the history that began with our Great Leader Kim Il Sung," Kim said.

The claims, however, have underlying motives, according to South Korean analysts.

Lee Chun-geun, a senior fellow at South Korea's Science and Technology Policy Institute, told Yonhap that while it's hard to assess the validity of the remark, it is technically difficult for North Korea to develop hydrogen bombs.

"It is more likely North Korea is in the process of developing a hydrogen bomb," Lee said.

Other analysts said Kim was trying to reassure North Koreans of the stability of his regime and was showcasing Pyongyang's military power ahead of the 7th Congress of the Workers' Party in May 2016.

Kim Yong-hyun, a professor of North Korean studies at Dongguk University, said Kim will probably make similar statements in the near future to boast of Pyongyang's defense capabilities and that the North Korean leader will bring it up "quite frequently."

The statement from Kim comes two days after Washington imposed sanctions against North Korea and North Korea-related entities that have been associated with Pyongyang's illegal arms proliferation and financing.

South Korea's intelligence service said in a statement that it has no information on Kim's hydrogen bomb claims. An unnamed source at Seoul's spy agency told Yonhap North Korea has not succeeded in miniaturizing nuclear warheads and also lacks hydrogen bomb technology.

The talks are to focus on the resumption of North-South family reunions and tourism at North Korea's Mount Kumgang resort. 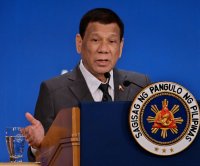 World News // 2 hours ago
ICC prosecutor requests probe into Philippines war on drugs killings
June 14 (UPI) -- The chief prosecutor of the International Criminal Court has requested it to investigate the Philippines for crimes committed by the state during its war on drugs that resulted in thousands of deaths. 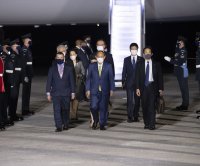 World News // 15 hours ago
Japan rejected summit with South Korea at G7, citing 'unsuitable conditions"
June 14 (UPI) -- Japan's prime minister may have snubbed South Korean President Moon Jae-in and rejected an invitation to a bilateral summit on the sidelines of the G7 summit in Cornwall, according to Japanese press reports. 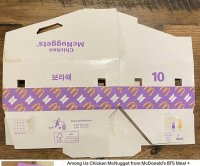