Gollum to be evaluated in Turkish President Erdogan insult case 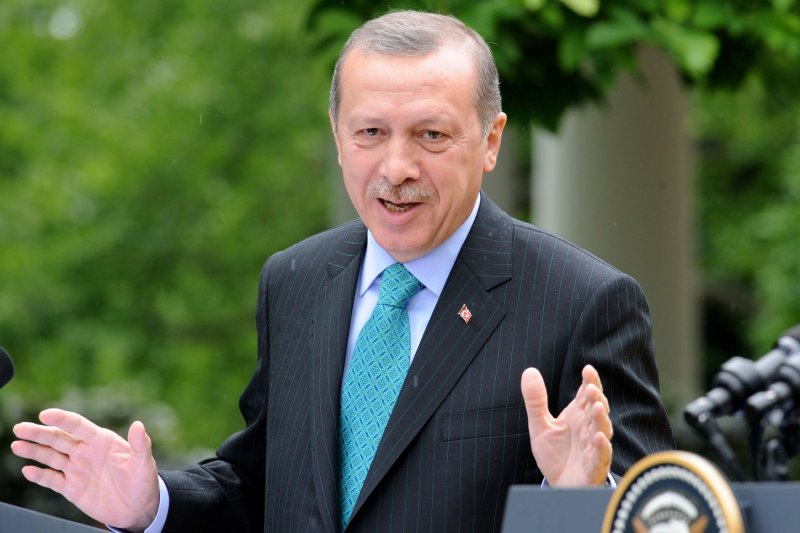 A court in Turkey has ordered experts to evaluate whether Gollum from The Lord of the Rings saga is a bad character over a case of a man who insulted President Recep Tayyip Erdogan. The case has been adjourned until February. File photo by Pat Benic/UPI | License Photo

ANKARA, Turkey, Dec. 2 (UPI) -- A court in Turkey has ordered experts to evaluate whether Gollum from "The Lord of the Rings" saga is a bad character in the case of a man who allegedly insulted President Recep Tayyip Erdogan.

Bilgin Ciftci, a physician living in Aydın, has been accused of insulting the Turkish president -- a crime punishable by up to four years imprisonment or more if committed publicly or committed by the press or media. Ciftci was expelled in October from the Public Health Institution of Turkey for sharing a picture appearing to compare Erdogan to Gollum in a variety of poses, such as eating a chicken wing.

The expert examination was called by the Aydın Third Criminal Court of First Instance after the judge admitted to Ciftci's lawyer he had not seen the movies in which Gollum appears. Ciftci's lawyer, Hicran Danışman, previously stated in a hearing that neither the prosecutor nor the judge had seen the movies, although Gollum was paramount in the case.

Ciftci faces a prison sentence of up to two years. The case has been adjourned until February.

The expert panel determining the Gollum character from Peter Jackson's Lord of the Rings movies, based from the legendary book series by J. R. R. Tolkien, will include two academics, two behavioral scientists or psychologists, and a television and cinema production expert.

Erdogan's administration has been criticized for becoming increasingly intolerant of criticism. Turkey ranks 149th out of 180 countries in the Reporters Without Borders 2015 World Press Freedom Index.

The image allegedly shared by Ciftci is found below:

Russia accuses Turkey's Erdogan of oil dealings with IS