German Chancellor Angela Merkel said refugees would be held at the borders of the European Union before being registered and distributed evenly among the Union's 28 countries. 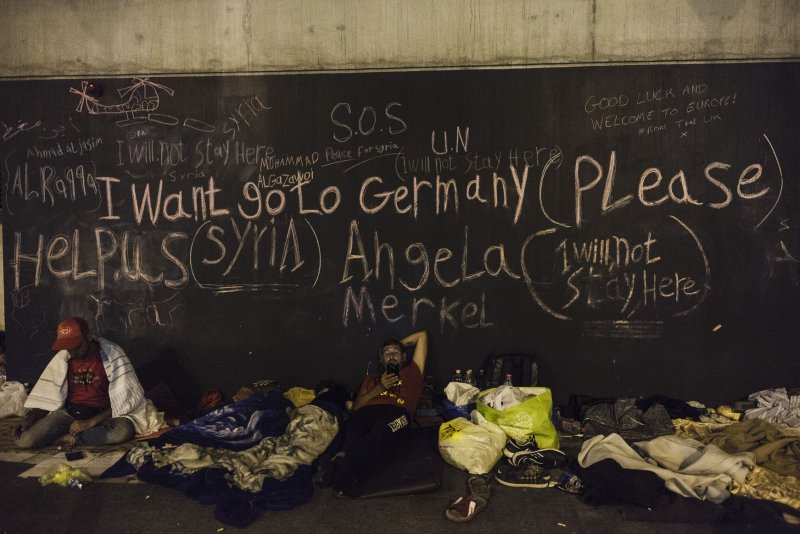 The Local quoted Merkel as saying in the future, refugees would be stopped at EU borders before being processed and sent to one of the Union's 28 member states, rather than passing directly into the visa-free Schengen Area. Those who failed to pass asylum requirements would face speedier deportation, she said.

The plan was agreed to by Merkel's Christian Democratic Union and the Christian Social Union, both center-right parties in Germany, as well as the Social Democratic Party.

"We have to agree so that the public sees that the coalition partners are in a position to act in this historic project," The Local quoted Horst Seehofer, a member of the CSU and a Bavarian state premier, as saying.

Opponents of the measure have characterized the border holding zones as potential prisons, but Peter Altmaier, Merkel's Chancellery chief and refugee tsar, reportedly said the transit zones could be established in a way "so that they work efficiently but don't look like prisons."

On Monday, Merkel warned against closing off borders within Europe, saying a fence built by Hungary on its border with Serbia "will build up fault lines" among Balkan states that were involved in bloody conflict in the 1990s.

Defending her refugee policies, Merkel said if Germany were to close its borders, other European nations would as well.

Europe has been absorbing an increasing amount of migrants seeking asylum after fleeing from war and poverty in the Middle East and North Africa.

On Monday, Swedish Foreign Minister Margot Wallstrom called on other EU members to take on a greater share of refugees, saying Sweden "cannot maintain a system where perhaps 190,000 people will arrive every year."