The latest image of Joaquín "El Chapo" Guzman, who escaped from a Mexican maximum-security prison in July for the second time by using a mile-long tunnel. Photo courtesy of Mexico's Attorney General

Mexican television channel Televisa broadcasted the CCTV footage of Guzman's escape, the longer version of a video authorities previously released but without sound and only showing the moments before Guzman disappeared.

In the video, Guzman is seen lying down on his bed while watching television. At 8:46 p.m. on July 11, loud hammering and drilling noises begin coming from Guzman's cell. A video of the prison control room monitoring Guzman shows employees not responding to the hammering noise that goes on intermittently for several minutes.

Guzman rises from bed and walks over to the bathroom area and pretends to use the restroom. He paces back to the other side of his cell as the sound can be heard of a large object falling and dirt falling down.

Guzman walks back and another voice is heard briefly. He paces back and forth once more, sits on his bed to change shoes and disappears at 8:52 p.m. -- unbeknownst to control room monitors.

At 9:17 p.m., two prison officials view Guzman's cell at a monitor and send two guards to check on Guzman.

"Guzman? Guzman?" one guard says while peeking into the cell. Moments later, both guards enter the cell and communicate with their commander.

The following is the conversation between the guard and his superior:

Guard: "Commander, can you hear me?"

Guard: "There's a hole in the shower."

Commander: "Listen, but the inmate is not there?"

After some commotion created by other prisoners believing Guzman suffered a heart attack and prison guards were ignoring him, two guards entered Guzman's cell -- nearly 40 minutes after his disappearance.

The two Altiplano Federal Prison employees were control room personnel who were responsible for monitoring Guzman's cell. They were accused of not alerting the prison after Guzman's escape.

The two secret service members were stationed at the prison. All four were charged with not following protocols and not alerting superiors, as all systems needed to sound alarms were functioning fully.

Guzman escaped from a Mexican prison for the second time in July by using a mile-long tunnel, which could have taken a year to build. At least three others have also been charged over the escape.

The entrance of the tunnel measured about 20-by-20 inches and the tunnel itself was about 5 feet deep. Other sections of the tunnel delve much deeper. PVC piping, likely used for ventilation and lighting, was found throughout the tunnel. A motorcycle was also found, apparently used to dig and to transport materials for the tunnel.

"El Chapo" -- meaning "The Short One" or "shorty" -- so dubbed because of his 5-foot-6-inch frame, was captured in Guatemala in 1993 and then extradited to Mexico to face murder and drug trafficking charges. He escaped from prison in 2001 by hiding in a laundry cart after bribing prison guards, and was re-captured in February 2014. Guzman's previous escape cost him about $2.5 million.

Authorities are focusing on Costa Rica in their search for Guzman after his son, Jesus Alfredo Guzman Salazar, posted a picture on Twitter that seemingly tagged their location through the social media website's geotagging function.

World News // 2 hours ago
Reports: Israeli warplanes target Syrian weapons lab, at least 9 killed
June 5 (UPI) -- At least nine people were killed in an Israeli airstrike on a suspected weapons lab and factory in Syria on Thursday, according to a Syrian non-governmental organization based in Britain.

World News // 2 hours ago
Suspect in Madeleine McCann case linked to missing German girl
June 5 (UPI) -- Authorities said Friday a new suspect in the mysterious 2007 disappearance of 3-year-old Madeleine McCann is now being investigated for a similar case in Germany.

World News // 3 hours ago
U.N.: Violence in Congo leaves 1,300 civilians dead over 8 months
June 5 (UPI) -- About 1,300 civilians have been killed in the Democratic Republic of the Congo amid conflict involving government forces and armed opposition groups, the United Nations High Commissioner for Human Rights said Friday.

World News // 4 hours ago
Father of Japanese abductee to North Korea dead at 87
June 5 (UPI) -- The father of a Japanese citizen who was abducted to North Korea as a teenager has died after decades of activism that drew international attention to Pyongyang's secret program of kidnappings.

World News // 5 hours ago
North Korea's economy stabilizing after first wave of COVID-19, research says
June 5 (UPI) -- The coronavirus pandemic has had a limited impact on the North Korean economy, but could affect its state-owned enterprises in the long term, according to South Korean researchers. 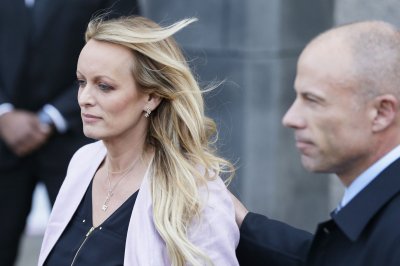 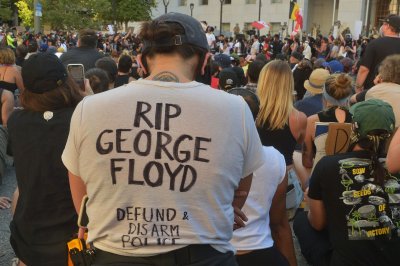