Russian aircraft flew over Turkish airspace as part of their campaign of airstrikes in Syria. 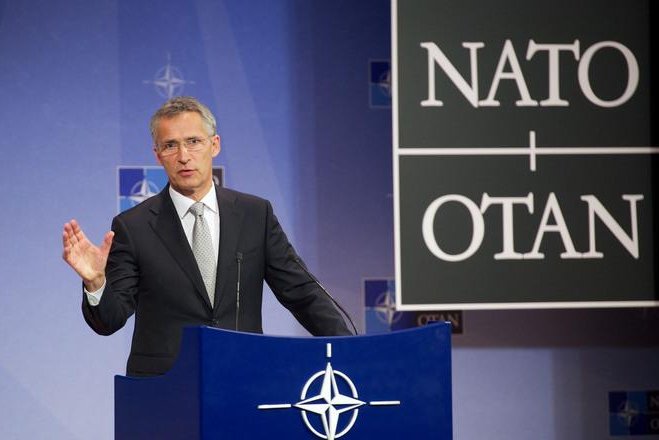 NATO Secretary-General Jens Stoltenberg on Tuesday referred to Russian incursions of Turkish airspace over the weekend as deliberate and unacceptable. Photo courtesy of NATO

He called Russia's actions in Turkish airspace "unacceptable," and advised Moscow to "avoid escalating tensions" prior to a conference of NATO ministers in Brussels. Turkey, a NATO member, initiated an intercept mission of the Russian Su-30 fighter plane in the incident Saturday, and an official of Turkey's foreign ministry said another violation of airspace occurred Monday.

"Had Turkey responded ... it could have resulted in a shootdown, and it is precisely the kind of thing we warned against," U.S. Secretary of State John Kerry said Monday.

Russian warplanes, as well as those of the U.S.-led coalition, are flying combat missions over Syria, and the risk of an accidental clash is worrying NATO and U.S. leaders. While Russia and the coalition each have the Islamic State as a target, coalition countries claim Russia has also targeted insurgents intent on overthrowing Russia's regional ally, the government of Syrian President Bashar al-Assad.

"I call on Russia to avoid escalating tensions with the alliance. Russia must de-conflict its military activities in Syria. I'm also concerned that Russia is not targeting [the Islamic State], but instead attacking the Syrian opposition and civilians. I discussed the situation in Syria with [Russian] Foreign Minister Sergey Lavrov in New York last week. I urge Russia to play a constructive and cooperative role in the fight against ISIL, and to strive for a negotiated political solution to the conflict in Syria," Stoltenberg said Tuesday, using an alternative name for the terror group.

Turkish Prime Minister Ahmet Davutolglu said that after the first incident, the Russian ambassador assured him the violation of airspace was accidental and less than 30 seconds in duration. U.S. officials referred to it as a deliberate provocation.