Chinese soldiers march past part of the United States Embassy in Beijing on May 20, 2014. UPI/Stephen Shaver | License Photo

BEIJING, Sept. 30 (UPI) -- The Central Intelligence Agency pulled out multiple officers from the U.S. embassy in Beijing as a precaution after the massive Office of Personnel Management data breach.

The theft of OPM documents has been characterized as political espionage in attempts to identify spies, and people who might be recruited as spies or be coerced through blackmailing to provide information. China has consistently been accused of carrying out the hack since it was revealed earlier in the year.

The CIA's move was meant to protect officers whose affiliation to the agency may have been discovered as a result of the OPM data breach, The Washington Post reported. The OPM records contained background checks of Department of State employees and China could compare records with the list of embassy personnel, meaning anyone on that list could be a CIA officer.

The OPM recently announced it underestimated the number of victims whose fingerprints were stolen in this year's data breach by 4.5 million people.

The original estimate of people whose fingerprints were stolen has been increased to 5.6 million, up from 1.1 million, after OPM discovered archived records that were not previously analyzed.

About 21.5 million former, current and prospective federal employees and contractors were affected by the OPM data breach in the spring. The new estimates do not affect the overall number.

On a state visit to the United States, Chinese President Xi Jinping said his country is willing to cooperate with the United States on the controversial act of cybercrime, while denying China has ever participated in hacking.

World News // 9 hours ago
BTS member Jimin's 'unwashed' costume to go on auction
April 19 (UPI) -- A traditional Korean garment BTS band member Jimin wore during a performance on NBC's "The Tonight Show" is to be sold at a South Korean auction. 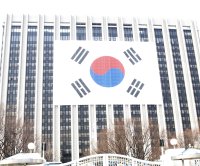 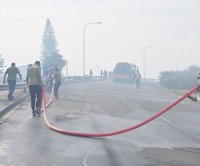 World News // 12 hours ago
Fires burn out of control for 2nd day in South African capital
April 19 (UPI) -- Authorities in South Africa said they have arrested a man who may be responsible for multiple fires that continue to burn Monday. 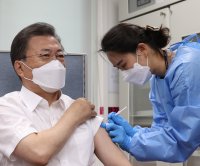