The two paintings and drawings from a sketchbook were allegedly stolen.

He allegedly sold the artworks in 2013 to Russian oligarch Dmitri Rybolovlev, aware they were stolen from Catherine Hutin-Blay, Pablo Picasso's step-daughter. Hutin-Blay filed a legal complaint in March, saying three Picasso paintings and 58 drawings from his sketchbook had been stolen.

The amount of Bouvier's bail equaled the amount paid for the two paintings, "Tete de femme, profil" ["Woman's head, profile"] and "Espagnole a l'eventail" ["Spanish woman with a fan"]. He immediately paid $5.6 million, and Bouvier's lawyer, Francis Spitzer, told the French newspaper Le Parisien, "When he found out that he was under an international arrest warrant issued by the French justice, he presented himself to the authorities."

Bouvier, 52, was charged on counts of "concealed theft."

There has been no suggestion Rybolovlev was aware the paintings were stolen. He has purchased more than $2 billion in art in the past decade and is involved in a separate legal conflict with Bouvier, who Rybolovlev claims overcharged him for many artworks.

Bouvier denied wrongdoing Monday, saying he bought the two paintings and the sketchbook drawings in 2010 from a trust operated by Hutin-Blay, then sold them to Rybolovlev "in good faith." Hutin-Blay's lawyers said no consent to sell the paintings was ever given, nor did she receive payment.

World News // 9 hours ago
10 missing at collapsed China gold mine confirmed dead
Jan. 25 (UPI) -- The remaining 10 gold miners who became trapped and unaccounted for following two explosions a couple weeks ago were confirmed dead on Monday. 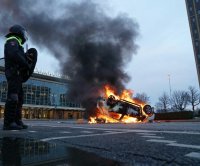 World News // 13 hours ago
Hundreds arrested after riots in 10 cities in the Netherlands
Jan. 25 (UPI) -- Police in the Netherlands arrested hundreds of rioters, mostly in Amsterdam, as groups of young men in multiple cities vandalized shops and set fires Sunday night. 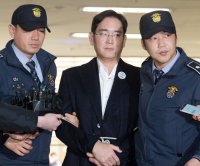 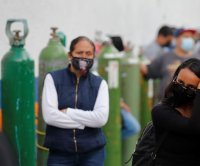 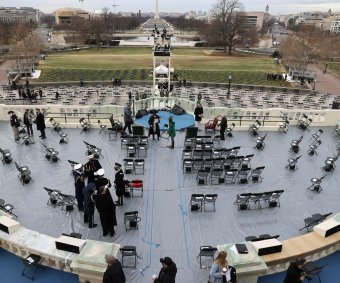