North Korea staying away from U.S. servers since Sony hack

The White House’s vow of a "proportional" response may have had an effect on Pyongyang’s decision makers.

WASHINGTON, Sept. 11 (UPI) -- No North Korea cyberattacks have occurred in the United States since Sony Pictures was hacked in late 2014, but FBI Director James Comey said there is evidence Pyongyang has hacked servers in other countries.

Speaking at a congressional hearing on Thursday, Director of National Intelligence James R. Clapper said there have been no signs of a North Korean cyberattack against U.S. entities since the Sony case, South Korean news agency Yonhap reported.

Instead, North Korea has been active in infiltrating servers in other countries while staying away from U.S. servers, according to Comey who testified at the same hearing as Clapper. The FBI director said the White House's vow of a "proportional" response less than a month after the Nov. 24 hack may have had an effect on Pyongyang's decision makers.

On Dec. 21 and 22, for 10 hours, North Korea's Internet blacked out, with thousands of computers unable to function. The outage took place not long after the Obama administration named the North Korean leadership as the leading suspect behind the Sony hack.

Rep. Michael McCaul, R-Texas, had said in March a December Internet blackout in North Korea was a retaliatory strike after the data breach at Sony.

Clapper said in his statement that politically motivated cyberattacks were a "growing reality," and classified North Korea as a country with "lesser technical capabilities" than Russia or China, but with "possibly more disruptive intent." 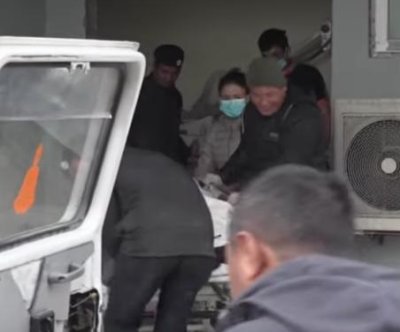 World News // 46 minutes ago
8 tourists dead from suspected CO gas leak at Nepal resort
Jan. 21 (UPI) -- Eight tourists, including four children, have died after they were found unconscious in a hotel room at a mountain resort in Nepal, authorities said Tuesday.

World News // 1 hour ago
New U.S.-British treaty guards RMS Titanic wreck site
Jan. 21 (UPI) -- A treaty between Britain and the United States to protect the wreck of the RMS Titanic, which regulates who has access to the historic wreck site, came into force Tuesday.

World News // 1 hour ago
Report: Japan's LDP discussed targeting enemy bases
Jan. 21 (UPI) -- Japan could be considering an attack weapon that can hit enemy bases in the event of war, according to a local press report.

World News // 2 hours ago
Former South Korea POW sues Kim Jong Un
Jan. 21 (UPI) -- A South Korean man who was once a prisoner of war taken to North Korea during the 1950-53 Korean War says he is suing Kim Jong Un for the personal suffering he endured as a POW for five decades.

World News // 14 hours ago
6 dead of coronavirus; WHO calls emergency meeting
Jan. 21 (UPI) -- Chinese health officials said Tuesday a coronavirus has killed at least 6 people and sickened more than 300 as the World Health Organization called for an emergency meeting and confirmed it can be spread by humans. 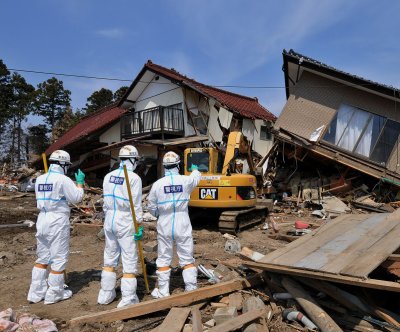 World News // 3 hours ago
Japan proposes ending memorial for victims of 2011 earthquake
Jan. 21 (UPI) -- The Japanese government will end its annual national remembrance ceremony to honor those who died after the major earthquake and tsunami in 2011, a top official indicated Tuesday.

World News // 3 hours ago
Benny Gantz vows to annex Jordan Valley if elected Israeli PM
Jan. 21 (UPI) -- Blue and White Party leader Benny Gantz promised Tuesday he will annex the Jordan Valley if he's elected prime minister in March, in what will be Israel's third election in less than a year.

World News // 3 hours ago
Investigators: Iran shot at Ukrainian airliner with 2 missiles
Jan. 21 (UPI) -- Iran's civil aviation authority said in a second report Tuesday that Tehran did mistakenly fire two missiles at a Ukrainian airliner two weeks ago, before it crashed and killed everyone aboard.