Britain to accept 20,000 Syrian refugees; Germany slots $6.7B for migrants 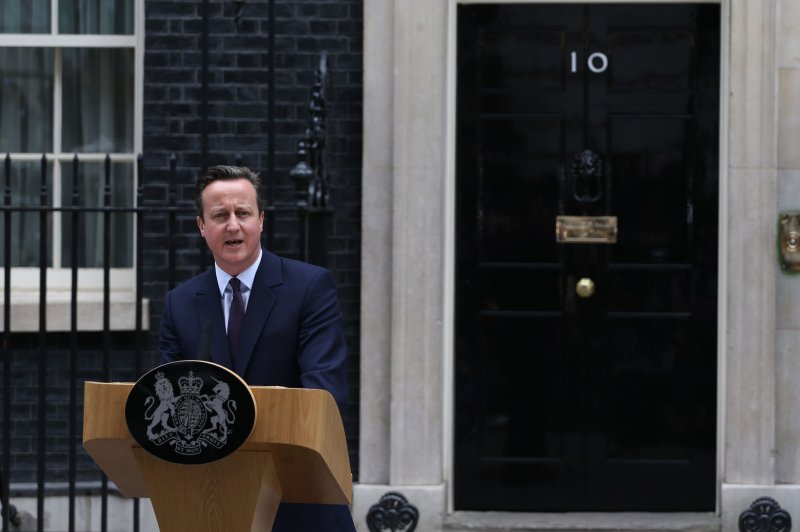 Flanked by American and Germany flags, German Chancellor Angela Merkel defers to U.S. President Barack Obama during a joint press conference in the East Room at the White House in Washington, D.C. on February 9, 2015. Merkel and Obama discussed the Ukrainian situation, the Iraq nuclear talks and other world issues. Photo by Pat Benic/UPI | License Photo

LONDON, Sept. 7 (UPI) -- Britain announced Monday it will accept up to 20,000 Syrian refugees by 2020 on the same day Germany said it plans to spend $6.7 billion to deal with an influx of thousands of migrants from the Middle East and North Africa.

"In doing so we will continue to show the world that this country is a country of extra compassion, always standing up for our values and helping those in need," Cameron said in a statement on Monday. "Britain will play its part alongside our other European partners but because we're not part of the EU's borderless Schengen agreement or its relocation initiative Britain is able to decide its own approach."

Meanwhile, in Germany, about 18,000 migrants entered over the weekend after an agreement with Austria and Hungary relaxed asylum rules.

France also announced its plan to receive 24,000 refugees per European Union plans to provide asylum for more than 100,000 of them over the next two years. French President Francois Hollande said he and Merkel agree on a plan that would make each EU member state responsible for its share of a total of 120,000 migrants.

He said the situation is a "crisis" that can be "brought under control."

Austria's Chancellor Werner Faymann disagreed, saying the emergency climate wrought by the migrant crisis should come to an end, adding Austria would inch "towards normality." He spoke with Merkel and Hungarian Prime Minister Viktor Orban on Sunday.

About 5,000 migrants, mostly from Syria, reached Austria on Saturday.

Hungary had previously blocked migrants from traveling to Western Europe, especially as it continued its construction of a fence with Serbia, which is the conduit for migrants deserting wartorn Middle Eastern countries like Syria. It dropped its restrictions on Friday, however, allowing people to enter other EU countries.

Despite the cheers they received at the Munich train station, two arson attacks took place Sunday night on refugee centers in Germany.