India and Pakistan exchange fire along border in Kashmir

At least six civilians have been killed in Indian-administered Kashmir after days of cross-border firing and shelling.

An Indian soldier guards the Line of Control that separates India from Pakistani-controlled Kashmir, March 21, 2000. Indian and Pakistani forces have sporadically exchanged heavy fire across the LoC since a 2003 ceasefire, including on Aug. 16, 2015, when firing in the Poonch district of Indian-administered Kashmir killed at least six civilians. cc/str UPI. | License Photo

The Kashmir and Jammu region is shared in administration by Pakistan and India, who sporadically exchange fire despite a 2003 ceasefire. Cross-border firing between both countries killed at least six civilians in the Poonch district of Indian-administered Kashmir, an official said on Aug. 16, 2015. Image from Google Maps

SRINAGAR, India, Aug. 16 (UPI) -- Multiple civilians have been killed in cross-border skirmishes between Indian and Pakistani troops in the disputed Kashmir and Jammu region, according to reports.

Both countries have blamed each other for provoking the recent exchanges, the latest of which took place near the Poonch district of Indian-administered Kashmir.

"With the killing of a woman this morning in heavy firing and mortar bomb shelling by Pakistani troops at several Indian posts and civilian areas along the [Line of Control] in Poonch district since Saturday, the death toll has risen to six," Xinhua news agency quoted an Indian official as saying on Sunday. "Yesterday three civilians were killed and 10 others wounded in the exchange between two sides but later on, two succumbed to their wounds late evening."

India said it returned fire against Pakistani positions, and heavy shelling was reported in the Balalkote and Poonch sectors.

Pakistan last week lodged a formal protest over the killing of a 28-year-old woman from the village of Nadheri, in the Kotli district of Pakistani-administered Kashmir, who they say Indian troops shot during a cross-border exchange. On Friday, a Pakistani woman was reportedly killed and her husband and two children injured when an Indian mortar struck their home.

Xinhua quoted Indian-controlled Kashmir Chief Minister Mufti Mohammed Sayeed as saying the fighting was ironic "at a time when the two countries should have been celebrating their independence."

"New Delhi and Islamabad must without delay open the channels of communication realizing the dangerous consequences of any escalation of ongoing confrontation along the borders," Zinhua quoted Sayeed as saying.

Despite a 2003 ceasefire agreement, India and Pakistan have intermittently engaged in cross-border battles at the "Line of Control," the de facto border separating the Kashmir and Jammu region between both countries.

Since the 1940s, Pakistan and India have fought three major wars, two of them primarily over control of Kashmir and Jammu.

Officials from both countries will meet in New Delhi on August 23 to discuss security ties for the first time.

The home minister of Pakistan's Punjab state, located southwest of Kashmir and Jammu, was killed in a suicide attack in the city of Attock, 50 miles north of Islamabad, on Sunday. Al-Qaida-linked militants claimed responsibility. 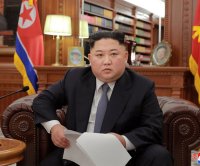