The message, on an account which often displays anti-U.S. feeling, is causing controversy.

The image shows a drawing of a silhouetted man, identifiable only by an American flag pin in his lapel, perhaps President Barack Obama, with a gun to his head.

"U.S. president has said he could knock out Iran's military. We welcome no war, nor do we initiate any war, but if any war happens, the one who will emerge (the) loser will be the aggressive and criminal U.S.," the July 17 message reads.

The Twitter account regularly features belligerent comments from Khamenei about the United States and Israel, sometimes in the Supreme Leader's own voice but often written in the third person, as though someone else is writing. It remains unclear if he wrote the message. The confrontational post came three days after Iran and world powers reached a historic agreement limiting Iran's nuclear capability in exchange for a loosening of economic sanctions.

"This is of a pattern of things that give us very serious concern about the Iranian government, whether it's their support for terrorism, their threats to Israel and the United States, or outrageous statements or images that may emanate from the Iranian government," White House Deputy National Security Adviser Ben Rhodes commented.

US president has said he could knock out Iran’s military. We welcome no war, nor do we initiate any war, but.. pic.twitter.com/D4Co7fVuVg 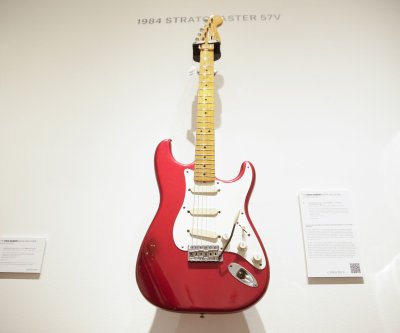 World News // 14 hours ago
Japan store banning mainland Chinese draws anger
Jan. 22 (UPI) -- A Japanese storeowner is taking heat in Japan and China after posting a "No entry for Chinese" sign on his store front, according to local press report.