Dmytro Yarosh, the party's leader, announced the group will begin a campaign to conduct a national referendum on whether Ukraine's president should be impeached.

Dmytro Yarosh, featured, is the leader of Right Sector, a rightwing party in Ukraine. On Tuesday, Yarosh spoke to thousands of supporters to protest against government policies. He also called for a no-confidence vote on the government. File photo: '"TOP NEWS" - Press conference by Yarosh news channels "TOP NEWS;"' WikiCommons

Dmytro Yarosh, an activist and the party's leader, announced that his group would begin a campaign to conduct a national referendum on whether the president and his governing body should be impeached.

Yarosh expressed his great displeasure with Poroshenko's government for having too many holdovers from the previous administration. On July 11, the paramilitary unit clashed with local police in a shootout in Mukacheve, Zakarpattya Oblast, which left two people dead and a dozen injured.

"We see that the Yanukovych system has been transformed," Yarosh told demonstrators. "Nevertheless the main problems of our society like corruption, the lawlessness of the prosecutor's office and the police are still the same. And we are still protesting against these things. We think that the new Ukrainian state should be built on other bases," Yarosh added, as reported by Radio Free Europe.

Yarosh added that "a referendum should ask whether Ukrainians support the legal recognition of volunteer militia units and their right to carry arm as the introduction of martial law."

Right Sector formed from formerly marginal right wing groups during street protests in Kiev in late 2013 and 2014, which led to the overthrow of Kremlin-backed President Viktor Yanukovych.

"We demand that the Russian war against Ukraine finally be recognized as a war, instead of a mere antiterrorist operation. Our Ukrainian people must have a say in this," Yarosh also declared. He said that there must be complete blockade of the what it considers occupied territories in eastern Ukraine.

Right Sector, which pro-Kremlin inhabitants have described as "fascist," has refused to incorporate formally into the Ukrainian army. 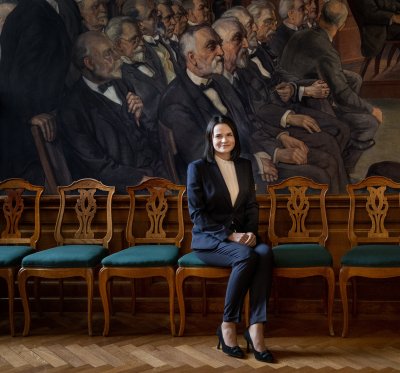