LONDON , July 22 (UPI) -- Medals awarded to Violette Szabo, a British World War II heroine captured and killed by the Nazis in France, sold for nearly $500,000 at a London auction.

Szabo, an undercover agent for the Allies' Special Operations Executive in occupied France, was 23 when she was executed at a concentration camp in 1945. She was posthumously awarded the George Cross for bravery, the second-highest British military honor, one of four women in British history to be so designated. The George Cross and several other medals were purchased for 312,000 pounds ($486,000), with buyers' commission, by Lord Ashcroft, who will display the medals to London's Imperial War Museum.

Her daughter Tania, 73, chose to sell the medals after a fire destroyed her home in Wales. "I'm very happy with the result. They're going into a safe place where people will be able to view them, many thousands of people, so a good result," she said after the auction.

Ashcroft collection curator Michael Naxton, speaking of the George Cross, added, "It's probably one of the most iconic bravery medals of the 20th century. It's very rare for a George Cross to be awarded to someone in enemy territory on active duty. The previous highest price (of a George Cross at auction) was significantly lower and I'm not in the least surprised this one has created a new record." 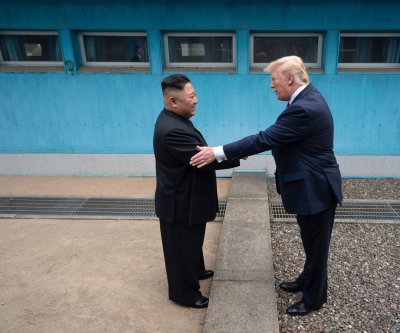 World News // 2 hours ago
North Korea: 'No intention' to meet with the U.S. again
SEOUL, July 7 (UPI) -- North Korea on Tuesday doubled down on its stance that it had "no intention" of meeting with the United States again and criticized South Korea's "meddling" in its relationship with Washington.

World News // 4 hours ago
Britain sanctions dozens under new human rights regime
July 7 (UPI) -- Britain said it is imposing sanctions against dozens of people involved in committing the "most notorious" human rights violations including those it accuses of killing Sergei Magnitsky and Jamal Khashoggi. 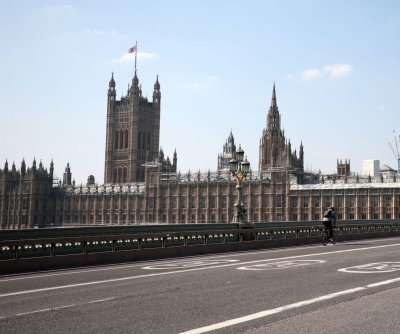 World News // 17 hours ago
British universities face fiscal trouble due to COVID-19, study says
July 6 (UPI) -- As many as 13 British colleges and universities could fail financially without government support as a result of the coronavirus pandemic, a new analysis said Monday.