Bangkok’s Agriculture Ministry has requested farmers delay planting their crops until August, but that could cost the farmers $1.8 billion in losses.

Water rationing is taking place in nearly a third of Thailand as water in dams has shrunk by 10 percent. Bangkok has cut outflows from four major dams in the Chao Phraya River basin by more than 30 percent. File Photo by weeravut ranmal/Shutterstock

BANGKOK, July 16 (UPI) -- Residents in central Thailand say the worst drought in a decade is leading to water shutdowns that are harming crops.

Locals in Thailand's Pathum Thani province said the cutoff in tap water is making it difficult to shower, and is preventing access to safe drinking water, Channel News Asia reported.

The state's austerity measure comes after seven of Thailand's 67 provinces was severely hit by drought, according to TIME.

Water rationing is taking place in nearly a third of the country as water in dams has shrunk by 10 percent. Bangkok has cut outflows from four major dams in the Chao Phraya River basin by more than 30 percent.

Bangkok's Agriculture Ministry has requested farmers delay planting their crops until August, but it's a postponement that would come with $1.8 billion in losses for farmers.

The state said the farmers would be compensated when the drought ends, but worries persist for agriculture.

Boontham Cei-pa, a 66-year-old rice farmer, told Bloomberg that his entire investment could be "gone with the wind." The delay could burden farmers with significant debt.

"I'm stressed out and don't know what to do," he said.

Some Thais are tapping groundwater as a way around the austerity measures while others are taking water from canals. The latter move, however, causes a drop in the ground soil that can lead to road collapse.

On Monday, Thailand's Finance Ministry approved loans of up to $1.77 billion to assist agriculture. World News // 5 hours ago
Korean baseball increases fan capacity to 25% at stadiums
SEOUL, Aug. 11 (UPI) -- The Korea Baseball Organization, which began allowing fans back to games last month, will raise its stadium capacity from 10% to 25% starting Tuesday, the league announced. 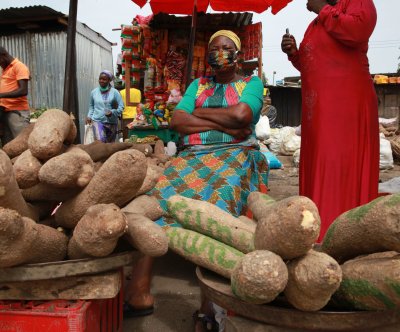 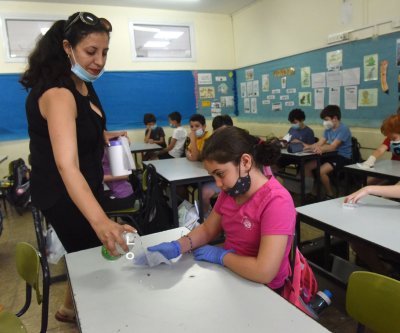 World News // 19 hours ago
Netanyahu, education minister aim to open Israel schools Sept. 1
Aug. 10 (UPI) -- Israeli Prime Minister Benjamin Netanyahu told his political party Monday schools will be open for all students on Sept. 1, going against a top adviser who said the start date may need to be delayed.