The incident comes less than a month after a worker strike led to a halt in transportation services across the English Channel, prompting immigrants massed in the area to try boarding slow-moving semi-trucks headed for Britain. 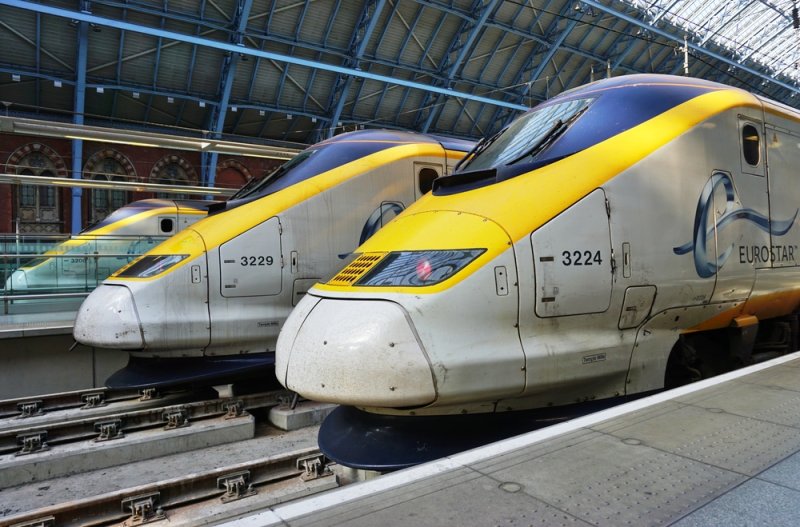 An immigrant reportedly died trying to jump onto a Channel Tunnel train that was headed from Calais, France, to Britain on July 7, 2015. Photo by EQRoy/Shutterstock

CALAIS, France, July 7 (UPI) -- An immigrant died Tuesday after trying to jump onto a train headed from northern France to Britain by way of the English Channel, according to officials.

"Migrants were seen onboard a truck shuttle approaching the tunnel at about half-past-five this morning," the BBC quoted John Keef from Eurotunnel, the company that operates services in the Channel Tunnel, as saying. "We brought the shuttle to a controlled stop [and] cut the electrical power overhead. Police conducted a search at the end of which they found a migrant dead from injuries sustained probably from trying to jump onto the shuttle."

The incident comes days after an Eritrean immigrant died attempting to board a train in the city of Coquelles last month and after 150 immigrants tried storming the Channel Tunnel in Calais.

In late June, workers from MyFerryLink, a ferry company that transports passengers and freight across the English Channel, blockaded the port of Calais in a job cuts protest, shutting down ferry services and diverting traffic to the Channel Tunnel. The protesters then set fire to tires on the Channel Tunnel tracks, exacerbating traffic waits and prompting immigrants massed in the area to try boarding slow-moving semi-trucks.

About 3,000 immigrants are estimated to be camping near the port of Calais, living in poor conditions and seeking entrance into Britain.

The BBC quoted Eurotunnel as saying the number of immigrants in the area was the "highest ever."

According to a report by Britain's National Crime Agency, "Detections of irregular migrants attempting to enter the UK clandestinely more than doubled in 2014. This is likely to continue on an upward trend."

The U.K. Home Office estimates authorities thwarted about 19,000 attempts by immigrants to illegally cross the English Channel in 2015, more than double the number during the same period last year.

The BBC quoted Chief Executive David Wells of the Freight Transport Association as saying disruptions to channel services was costing "hundreds of millions of pounds each week."

"We have been calling on both the British and French governments to intervene for some time, and are now asking the prime minister to give the matter his urgent priority, and to implement plans to alleviate the crisis," he said.

The BBC quoted conservative British politician and former immigration minister Damian Green as saying the issue was "a policing matter for the French authorities." World News // 7 hours ago
World leaders pledge $300M to Lebanese 'people' after explosion
Aug. 9 (UPI) -- World government leaders have pledged nearly $300 million in humanitarian assistance, including $17 million from the United States, to be given directly to the people of Lebanon after a blast in Beirut killed more than 150 people and injured 6,000. 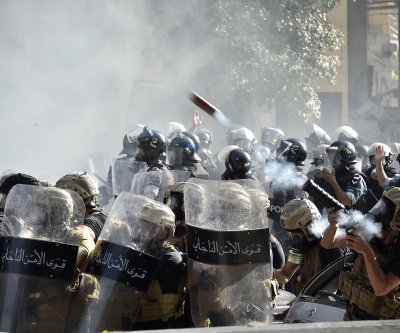