Greece closes banks ahead of referendum

A default on a debt payment this week could mean Greece will leave the Eurozone.

ATHENS, Greece, June 29 (UPI) -- Greek banks will remain closed until after a July 5 referendum on the terms it has been offered for receiving a fresh bailout from creditors.

After Greek Prime Minister Alexis Tsipras called for a national vote Friday, ATMs across Greece were mobbed until the government assigned a 60 Euro limit ($66) on withdrawals per day by individuals. Saturday Eurozone creditors refused to extend the existing bailout, with a 1.6 Euro billion ($1.78 billion) payment to the International Monetary Fund due this week. Sunday the European Central Bank refused to loan any additional funding to Greece through its Emergency Liquidity Assistance fund.

About 1 billion Euros ($1.1 billion) were withdrawn from Greek ATMs Saturday. Banks will stay closed until July 7.

The decision to begin the national bank holiday came during a meeting of Greece's national financial stability council.

Rejection of "the Greek government's request for a short extension of the (bailout) program was an unprecedented act by European standards...this decision led the ECB to limit the liquidity available to Greek banks and forced the Greek central bank to suggest a bank holiday and restrictions on bank withdrawals," Tsipris said in a televised address Sunday.

Stocks around the world fell early Monday in reaction to the situation, as the crisis pushed Greek closer to leaving the Eurozone. The Stoxx Europe 600 average fell 2.1 percent, U.S. and German Treasury bond yields increased and Greece's stock market was closed.

At stake is the global fallout from a possible exit from the Eurozone by Greece. The White House announced U.S. President Barack Obama and German Chancellor Angela Merkel spoke regularly by phone over the weekend, and that it was "agreed that it was critically important to make every effort to return to a path that will allow Greece to resume reforms and growth within the Eurozone" of countries using the Euro as its currency.

RELATED Greeks rush to take out cash after call for referendum

World News // 2 hours ago
Woman dies after falling off French roller coaster
July 5 (UPI) -- A 32-year-old woman died on Sunday after falling off of the Formula 1 Coaster at France's Parc Saint-Paul theme park. 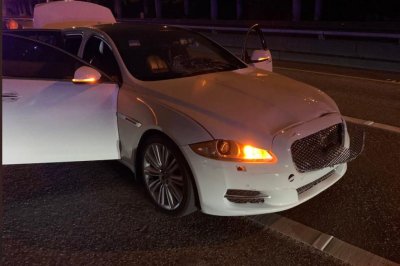 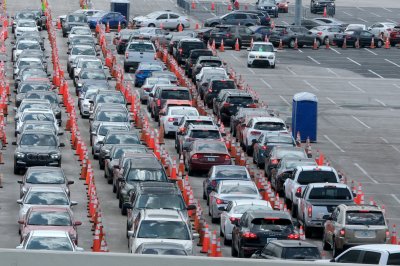