Drone with cargo of abortion pills to fly over Poland

The drone will fly from Germany to Poland. 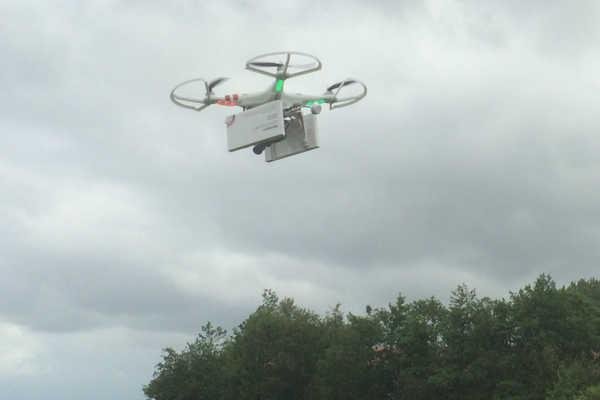 A drone carrying abortion medication will travel to Poland on Saturday. Photo courtesy of Women on Waves.

Women on Waves, an Amsterdam-based women's rights group, will launch an unmanned aerial vehicle from Frankfurt, Germany, Saturday, carrying mifepristone and misoprostol to an unidentified spot near Slubice, Poland. The action is meant to draw attention to the safety of abortion medication and the restrictions on abortion in Poland, an overwhelmingly Catholic country and one of the few in Europe in which abortion is not freely available in the first trimester.

The medications on board are sufficient for use by two or three women, and are approved to be taken without medical supervision by the World Health organization.

"As long as we don't do anything the laws won't change. This is really about fundamental women's rights," doctor and Women on Waves founder Rebecca Gomperts told Global Post. "We have done the ships campaign before (in which the group provided abortions aboard ships in international waters) so we know how aggressive anti-abortion activists can be, but the moment you let that decide what you are doing that's censorship and that cannot happen."

She added the flight required no authorization from German or Polish authorities, and that the cargo would not exceed five kilograms (11 pounds).

"In Poland, even women who could have an abortion under Polish law are often denied it because Catholic hospitals don't help them, even if their life is in danger. Rich people can go to Germany or the UK to have abortions, but it's the women who don't have the means or access to information who are suffering," she added.

The Polish government has offered no comment on the plan to send the drone over the border.