CARACAS, Venezuela, June 19 (UPI) -- Eight Brazilian senators were forced to flee Venezuela after their minibus was attacked on their way to visit Venezuelan opposition leaders.

The group was forced to return to Caracas airport Thursday after their path was blocked by people throwing stones at the bus.

"Our bus was under siege; they were beating and trying to break it," said Sen. Ronaldo Caiado. "I filmed them throwing stones against the bus."

Former Brazilian presidential candidate Aecio Neves tweeted: "We are in Caracas, on a public road. Our van is being attacked by protesters."

Sen. Ricardo Ferraço, was upset that "the mission" to meet with political prisoners was not accomplished due to the protest.

The senators were attempting to see Leopoldo Lopez, accused of arson and disturbing the peace, as well as other Venezuelan opposition leaders being held in jail for protesting against the Venezuelan government.

"We are leaving here with profound sadness because we couldn't complete our mission, as the government of [President] Nicolas Maduro prevented our solidarity mission to visit the persecuted political prisoners," he said. "We are deeply shocked by the authoritarianism and the rudeness with which we were received. Our message to Venezuela is resist, resist, resist.... a hug to all Venezuelans; keep the faith and resist, because democracy will soon be restored."

The senators are not the only individuals who have been denied visitation privileges to the Ramo Verde military jail, where Lopez is being held. Former Chilean President Sebastian Pinera and former President of Colombia Andres Pastrana have also been turned down.

"They prefer international condemnation to allowing a visit to see Leopoldo Lopez and other prisoners," he said. "What are they hiding?"

Caiado said he had been shown a text sent to Lopez's wife from Venezuelan Vice President Jorge Arreaza disregarding the safety of the Brazilian senators.

"If the senators are here, it means they don't have much work to do there... You should have a coffee," the text read.

The Brazilian foreign ministry said Thursday that "hostile acts against its politicians were unacceptable and promised to seek an explanation from Venezuela."

World News // 11 hours ago
Dozens die in wave of Taliban attacks in northern Afghanistan
July 13 (UPI) -- The Taliban led a wave of attacks Sunday and Monday through northern Afghanistan killing dozens of security force members in the latest sign of the breakdown in peace talks.

World News // 12 hours ago
State of emergecy called in Arctic after Russian fuel spill
July 13 (UPI) -- The Taimyr District administration declared a state of emergency in the Arctic's Tukhard settlement located in the country's Krasnoyarsk Region on Monday after a pipeline lost pressure and released jet fuel. 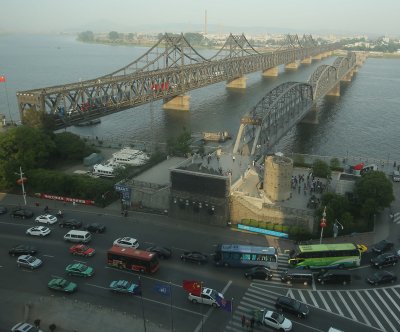 World News // 14 hours ago
Train destroyed in North Korea fire was carrying food, report says
July 13 (UPI) -- A freight train at the North Korean border city of Sinuiju caught fire last week but the cause is unknown, according to multiple press reports.

World News // 15 hours ago
Bahrain court upholds death penalty for 2 bombers
July 13 (UPI) -- Activists Mohammed Ramadhan and Husain Moosa can be executed after Bahrain's high court upheld their sentences on Monday for the 2014 death of a police officer in Manama.

World News // 15 hours ago
Lawyer in Seoul mayor case alleges 'years' of sexual misconduct
July 13 (UPI) -- A lawyer representing the woman who filed a complaint against Seoul Mayor Park Won-soon said her client was the target of sexual harassment for four years. 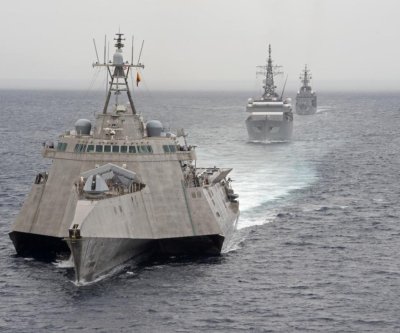 World News // 17 hours ago
North Korea blames United States for U.S.-China tensions
July 13 (UPI) -- North Korea could be taking sides in ongoing disputes between the United States and China as the U.S. and its allies, including Japan, are pursuing new defense strategies in the South China Sea. 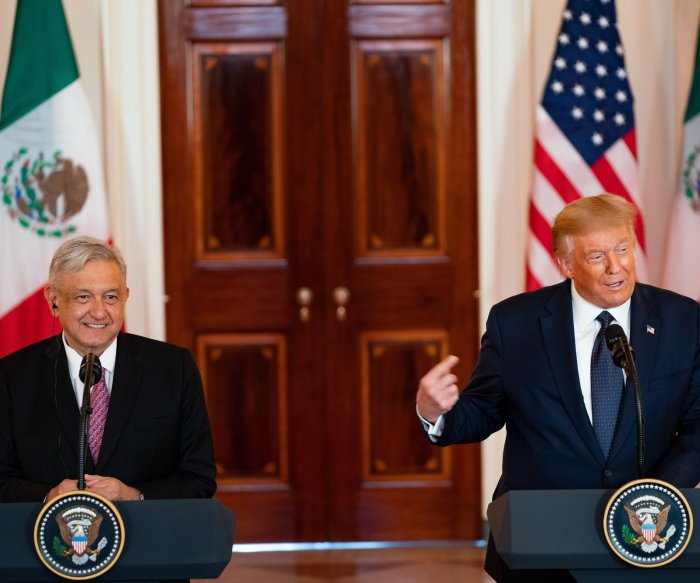