An unnamed source in China said the bulletin confirmed Hyon Yong Chol was executed for insubordination and disobeying the party leadership.

South Korean news network YTN reported the news was sent from North Korean embassies in China and other locations to the host governments, including Beijing.

Kim Jong Un was reported to have dismissed Defense Minister Hyon after being outraged by Hyon's "disregard" for the North Korean leader during a meeting, South Korean newspaper Chosun Ilbo reported.

Hyon's purge also has been followed by the forced disappearances of Jang Sung, an official at the Ministry of the People's Armed Forces, and other top-ranking personnel.

An unnamed source in China said the bulletin confirmed Hyon was executed for insubordination and disobeying the party leadership.

Kim Jong Un's "Military-First" policy holds consequences for those who do not follow Kim's orders – including execution.

The South Korean newspaper's source said Hyon's napping during a meeting was deemed treasonous to Kim, who regarded displays of boredom during meetings, such as napping or daydreaming, as an offense worse than voicing opposition before the North Korean leader.

Kim had allegedly asked Hyon his opinion on a matter, but discovered his defense minister was dozing off when his question was left unanswered. Military minders later detained Hyon.

Since the purge of Hyon, the defense minister has been deleted from official state footage.

Kim's emotional response to Hyon's lackadaisical behavior has precedents. Kim's frustration with other top officials, including uncle Jang Song Thaek, led to his execution in 2013.

World News // 17 hours ago
At least 11 dead, 98 injured in Egypt train crash
April 18 (UPI) -- Egypt's Ministry of Health and Population said at least 11 people died and 98 more were injured after a train derailed near the city of Toukh, north of Cairo on Sunday.

World News // 2 days ago
Prince Philip laid to rest in St. George's Chapel
April 17 (UPI) -- Millions of people around the globe watched Saturday as Prince Philip, the longest-serving consort of a British monarch, was laid to rest at Windsor Castle in a small funeral limited by COVID-19 restrictions. 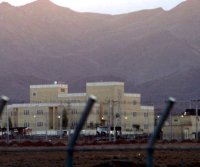