Seed planting for water-intense crops such as cabbage, beans and scallions have been delayed in many areas.

An aerial photo taken on Wednesday above Soyang Lake in Gangwon province, South Korea, showed boats that once tugged along the waters were stranded atop a field of green weeds. Photo by Yonhap

Seoul's Agriculture Ministry said Wednesday local administrations and the Korea Rural Community Corporation were coordinating a joint response system to the detrimental conditions in areas near Seoul and in rural regions.

The Agriculture Ministry said a situation room is to go into operation to monitor the drought conditions in the areas affected.

Aerial photos taken on Wednesday showed troubling images of a dried up lake in South Korea's Gangwon province. Boats that once tugged along the waters were stranded atop a field of green weeds.

South Korean television network KBS reported the rivers in the affected places were running at low levels, or at 60 percent. In the city of Paju and 12 other counties near Seoul, 3,521 acres of fields were parched. Another 5,360 acres of fields used to plant potato, corn and cabbage were at the risk of crop failure.

Seed planting for water-intense crops such as cabbage, beans and scallions have been delayed in many zones.

South Korea is not alone in its struggles with drought conditions.

In May Curtis Melvin of the U.S.-Korea Institute at Johns Hopkins University said North Korea is experiencing drought in its key crop regions – making it the worst blight in years for the isolated country.

World News // 5 hours ago
More North Korea workers receive no pay amid sanctions, survey says
Oct. 28 (UPI) -- International sanctions on North Korea are taking a toll on ordinary North Koreans who earn no income even when they show up for work at factories, according to a new South Korean study. 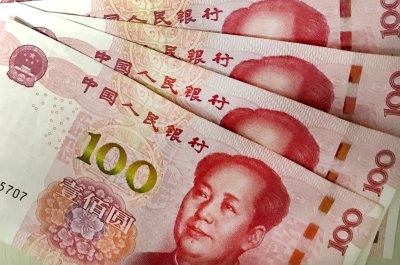