Under a high magnification of 12,483X, this scanning electron micrograph (SEM) depicted spores from the Sterne strain of Bacillus anthracis bacteria, or anthrax. Image courtesy CDC

WASHINGTON, May 28 (UPI) -- Some 22 personnel at a U.S. airbase in South Korea may have been exposed to live anthrax after the U.S. Department of Defense mistakenly shipped out samples, officials said.

The samples sent from a U.S. Army lab at the Dugway Proving Ground, near Salt Lake City, to Osan Air Base were expected to be inert and harmless to use in a laboratory training exercise. Instead, the personnel possibly exposed were provided "appropriate medical precautionary measures to include examinations, antibiotics and in some instances, vaccinations."

"None of the personnel have shown any signs of possible exposure," a statement from Osan Air Base said, adding emergency responders "destroyed the sample located in a self-contained contingency facility."

Thursday, Army Chief of Staff Gen. Ray Odierno said the accidental shipment was likely not human error. Instead, he said the spores likely survived the process intended to kill it. There are no suspected or confirmed cases of anthrax infections, officials said.

He said an investigation by the Centers for Disease Control will look at procedural changes to ensure "even this minute amount would not get out again."

World News // 8 hours ago
More North Korea workers receive no pay amid sanctions, survey says
Oct. 28 (UPI) -- International sanctions on North Korea are taking a toll on ordinary North Koreans who earn no income even when they show up for work at factories, according to a new South Korean study. 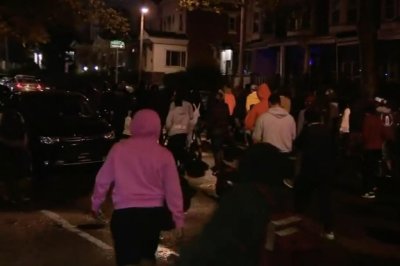