The charges relate to the selection of host countries for the World Cup, to marketing rights and to FIFA presidential elections.

Mario Goetze of Germany scores the World Cup winning goal against Argentina during the final of the 2014 FIFA World Cup at the Estadio do Maracana in Rio de Janeiro, Brazil on July 13, 2014. File Photo by UPI/Chris Brunskill | License Photo

ZURICH, Switzerland, May 27 (UPI) -- Top FIFA officials and corporate executives were indicted on charges filed by U.S. Department of Justice, as seven officials were arrested Wednesday, at a hotel in Zurich.

U.S. Attorney General Loretta Lynch spoke at a press conference on Wednesday about the FIFA charges, briefly speaking about her support for the renewal of the Foreign Intelligence Surveillance Act beforehand.

"Now, many of the individuals and organizations... were entrusted with keeping soccer open and accessible to all. They held important responsibilities at every level. From building soccer fields for children in developing countries, to organizing the World Cup," Lynch said. "They were expected to uphold the rules that keep soccer honest and to protect the integrity of the game; instead they corrupted the business of worldwide soccer to serve their interests and to enrich themselves."

The Justice Department announced 14 people were charged with "racketeering, wire fraud and money-laundering conspiracies, among other offenses, in connection with the defendants' participation in a 24-year scheme to enrich themselves through the corruption of international soccer."

"This Department of Justice is determined to end these practices, to root out corruption and to bring wrongdoers to justice," Lynch added.

"The 14 defendants charged in the indictment... include high-ranking officials of FIFA... leaders of regional and other governing bodies under the FIFA umbrella and sports marketing executives... who paid millions of dollars in bribes and kickbacks to obtain lucrative media and marketing rights to international soccer tournaments," Lynch said.

"Beginning in 1991, two generations of soccer officials, including the then-presidents of two regional soccer confederations [CONCACAF and CONMEBOL]... used their positions of trust... to solicit bribes from sports marketers in exchange for the commercial rights to their soccer tournaments," Lynch said. "They did this over and over, year after year, tournament after tournament."

Lynch revealed that the 2016 Copa America, the centennial edition of the soccer tournament set to be hosted in the United States, was part of the broader, criminal scheme. Executives were bribed with nearly $110 million, nearly a third of the legitimate cost of the tournament rights.

Lynch also revealed that bidding for the World Cup was also corrupted with bribery, pointing to the bid for the 2010 World Cup, which was awarded to South Africa.

The criminal activity also extended to the 2011 FIFA presidential election and to agreements regarding sponsorship of the Brazilian soccer team by a major U.S. sportswear company.

"In short, these individuals, through these organizations, engaged in bribery to decide who would televise games, where the games would be held, and who would run the organization overseeing soccer worldwide."

Authorities plan to extradite the officials to the United States, where they will face federal fraud and bribery charges related to the selection of host countries for the World Cup, U.S. officials told NBC News.

Blatter was not among those arrested, but authorities told CNN that he and other officials have been investigated as part of a three-year FBI probe. Blatter has not been charged.

FIFA's bidding process has long faced allegations of corruption, though an internal investigation found last December that the organization had fairly awarded the 2018 World Cup to Russia and 2022 World Cup to Qatar.

But a U.S. law enforcement official told The New York Times that investigators were surprised by the breadth of alleged ethical violations committed by FIFA officials.

"We're struck by just how long this went on for and how it touched nearly every part of what FIFA did," the law enforcement official said. "It just seemed to permeate every element of the federation and was just their way of doing business. It seems like this corruption was institutionalized."

The Justice Department brought charges against the suspects because the crimes were apparently committed on U.S. soil.

The FBI used Chuck Blazer, a former top FIFA official and U.S. citizen, as an informant as Blazer faced serious prison time for not paying taxes for years. Blazer provided information that led the Justice Department to determine that crimes were committed within the United States by FIFA officials and related business executives.

The Department of Justice released the names of the indicted FIFA officials, some facing up to 20 years imprisonment:

Nine of the defendants were FIFA officials by operation of the FIFA statutes, as well as officials of one or more other bodies:

Four of the defendants were sports marketing executives:

• Alejandro Burzaco: Controlling principal of Torneos y Competencias S.A., a sports marketing business based in Argentina, and its affiliates.

• Hugo and Mariano Jinkis: Controlling principals of Full Play Group S.A., a sports marketing business based in Argentina, and its affiliates.

One of the defendants was in the broadcasting business and is accused of serving as an intermediary to facilitate illicit payments between sports marketing executives and soccer officials:

Lennart Johansson, former president of the European football federation UEFA, said he was "not surprised" by the arrests.

"If there's crimes that have been committed, then they should be punished. This is the first time I hear about this. But I'm not surprised. This is another tragedy with regards to FIFA," Johansson told SportExpressen.

"This really is the World Cup of fraud," Weber said. "Today we are issuing FIFA a red card." 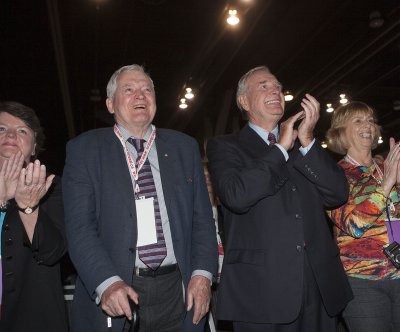 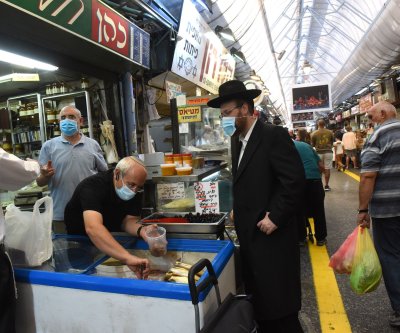