Gregg said if North Korea were not engaged in conversation, North Korea’s nuclear weapons program would only gain strength.

Former ambassador to South Korea Donald Gregg said the deployment of the THAAD missile defense system is a “complicated” issue during an interview about North Korea. Photo courtesy U.S. Department of Defense

In an interview Friday with South Korean news agency Yonhap on Jeju island, Donald Gregg said Seoul and its allies must actively seek dialogue with Pyongyang and find common goals.

Gregg said if North Korea were not engaged in conversation, North Korea's nuclear weapons program would only gain strength.

The former top envoy to Seoul said that although he believes North Korea collapse is not on the horizon, he belongs to a minority in Washington.

Gregg told the Korea Times that he calls himself a "skunk at the garden party" among Republicans -- who take a more hawkish approach in its dealings with North Korea.

In a letter he sent to Vice President Joe Biden in 2009, Gregg proposed inviting North Korean leader Kim Jong Un to Washington but the plan was met with opposition from members of the GOP.

Gregg said the demonization of North Korea is counterproductive, but also said North Korea made a "real mistake" when it retracted its invitation to U.N. Secretary-General Ban Ki-moon.

The 87-year-old diplomat said the visit would have helped North-South relations move forward, and said that while en route to Seoul on the same flight as Ban, learned the U.N. chief was taking a deep interest in improving inter-Korea relations.

With regard to the advanced U.S. missile defense system THAAD, Gregg said the deployment of the system is a "complicated" issue.

On Thursday South Korea's National Assembly was locked in a heated debate over the deployment of THAAD, with the governing Saenuri Party generally in favor of the missile defense system, the Korea Herald reported.

Opposition lawmakers said the THAAD deterrence would not protect South Korea from North Korea, given THAAD's long-range capabilities and the proximity of North Korea to the South. 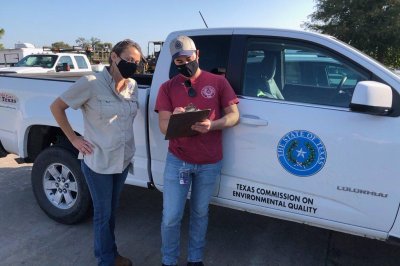