Ban would bring his international background to the South Korean presidency but his family involvement with a fallen South Korean business executive is stoking debate.

SEOUL, May 18 (UPI) -- U.N. Secretary-General Ban Ki-moon arrived in his homeland of South Korea on Monday, prompting speculation over a potential 2017 presidential bid and his possible connections to a late South Korean businessman.

Ban, who served as South Korea's foreign minister from 2004 to 2006, attended the World Education Forum in Incheon, the Korea Herald reported. During his five-day visit, Ban is expected to meet with South Korean President Park Geun-hye and other top officials in Seoul.

Analysts said Ban is more likely to run for president on behalf of the governing Saenuri Party, as the opposition has a good number of candidates who could run in 2017, including party Chairman Moon Jae-in and Seoul Mayor Park Won-soon.

Ban would also bring his international background to the South Korean presidency, and according to Chung-Ang University politics professor Choi Young-jin, the mild-mannered Ban could be well received in a presidential race.

"Not many hate him," Choi said.

But Ban's rare visit to South Korea has fueled speculation about the U.N. Secretary-General's ties to a South Korean business executive.

South Korean television network JTBC reported Ban has been indirectly linked to business dealings between his nephew, Bahn Joo-hyun, and executives at Keangnam. Ban also met with the late Sung a month before he met with Qatari monarch Sheik Tamim bin Hamad al-Thani at the United Nations in September 2013.

Sheik Tamim heads the Qatar Investment Authority board of directors.

In emails obtained by JTBC, Ban's nephew Bahn Joo-hyun said to a contact at Keangnam that he would invite his high-profile uncle to a social gathering, where members of the Qatar Investment Authority would be present. QIA has since denied any involvement with Keangnam – and said it was not interested in the purchase of a Keangnam building in Hanoi, Vietnam.

Ban Ki-sang, the brother of Ban Ki-moon, also worked for Keangnam as a senior adviser for seven years, and recommended his son's firm as the broker for the sale of the Hanoi building, reported South Korean newspaper Joongang Daily.

World News // 14 hours ago
Israel to transfer all travelers from abroad to quarantine facilities
April 1 (UPI) -- Israeli Prime Minister Benjamin Netanyahu on Wednesday mandated that all new arrivals to the country must be placed into quarantine.

World News // 14 hours ago
Taliban, Afghanistan prepare for prisoner swap
April 1 (UPI) -- Afghanistan and the Taliban will begin a long-awaited prisoner exchange this week, the Taliban and sources within the government said Wednesday.

World News // 15 hours ago
South Korea woman charged with baby's death after giving birth in restroom
April 1 (UPI) -- Police in South Korea arrested a woman after she gave birth in a public restroom then threw the newborn baby out a window, according to reports.

World News // 17 hours ago
Prince Charles: COVID-19 is 'strange,' 'frustrating' and 'distressing'
April 1 (UPI) -- After he himself picked up the coronavirus disease and is now in isolation, Britain's Prince Charles spoke publicly Wednesday for the first time since his diagnosis. 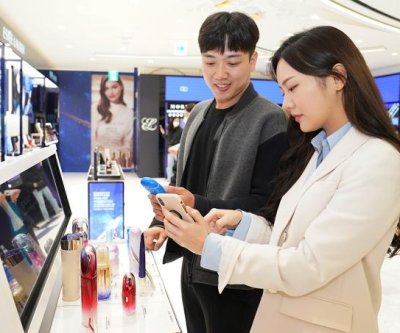 World News // 19 hours ago
South Korean companies calling workers back to office
SEOUL, April 1 (UPI) -- The South Korean government has warned people to keep up social distancing, but a growing number of companies are ordering employees back to the office as the number of new cases of coronavirus stabilizes.