TOKYO, May 15 (UPI) -- More than 1,000 plaintiffs in Japan have filed a lawsuit claiming the Trans-Pacific Partnership poses threats to the country's food security.

The case, brought before the Tokyo District Court, is led by Masahiko Yamada, a 73-year-old lawyer, who left the Democratic Party of Japan in 2012 over the TPP, The Japan Times reported.

Yamada was serving as agricultural minister at the time.

"The TPP could violate the Japanese right to get a stable food supply, or the right to live, guaranteed by Article 25 of the nation's Constitution," Yamada said Thursday.

The lawsuit is another complication in the regional trade pact being led by Japan and the United States. Opponents of the deal said the TPP would lead to a crippling Japanese dependence on agricultural imports.

According to Yamada, Japan relies on imports for about 60 percent of its food needs – and its self-sufficiency has declined.

The trade deal also would deliver a "fatal blow to Japanese livestock farmers," said Yamada, who once ran cattle and hog farms in his hometown before becoming involved in politics.

Under the TPP, Japan could be ordered to cut beef tariffs to 9 percent from 38.5 percent.

The trade agreement if implemented by the United States, Japan and ten other Pacific Rim countries, would cover 40 percent of global commerce, reported Bloomberg.

Both President Barack Obama and Japanese Prime Minister Shinzo Abe have pressed for passage of the deal in their respective legislatures, as China could be flexing its regional muscles in commerce, according to Tetsuhide Mikamo, director at Marubeni Research Institute in Tokyo.

China has signed 57 nations as founding members for its Asian Infrastructure Investment Bank – an institution that both Japan and the United States have declined to join.

The TPP and Abe's bid to expand Japan's trade deals have met a mixed reception in Japan. According to a poll conducted in April by Fuji News Network, 44.3 percent of respondents said the TPP would help economic growth, while 38 percent said it would not be conducive to growth and recovery. 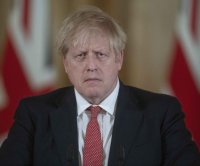