South Korea, however, is not happy with Japan's push for UNESCO approval of the industrial sites.

Lanterns hung in celebration of the Mid-Autumn Festival in Nagasaki. The city's shipbuilding yard has been recommended as part of a UNESCO listing. Photo by TOMO/Shutterstock

TOKYO, May 4 (UPI) -- Japan has received a UNESCO endorsement for major industrial sites built in the late 19th to early 20th centuries but is drawing criticism from South Korea.

The country's "Sites of the Meiji Industrial Revolution" were recommended as a World Heritage Site, reported Kyodo News on Monday. The latest development makes way for a UNESCO listing to be determined on June 28 in Bonn, Germany.

The sites, 23 in total are scattered in Nagasaki, Fukuoka and Kitakyushu, and include the Yahata steelworks in Fukuoka Prefecture and the Nagasaki shipbuilding yard – still in operation.

Many of the facilities are examples of the merging of Western technology with the native culture of Japan, according to Tokyo's Cultural Affairs Agency.

South Korea, however, is not happy with Japan's push for UNESCO approval of the industrial sites, The Korea Herald reported.

Seoul said Japan forced nearly 60,000 Koreans to work in slave labor conditions at 11 of the sites.

"I believe Japan's attempt to list those facilities as UNESCO World Heritage runs counter to the founding spirit of [UNESCO's] Convention...which is designed to protect heritage with universal values," Yun said.

The resolution read, "We believe [Japan's attempt] constitutes a diplomatic provocation and poses a grave concern on the peace and stability of North East Asia."

The bill also petitioned the South Korean government to guarantee an end to Japan's denial of wrongdoing in Korea from 1910 to 1945, the Herald report. 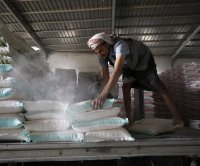 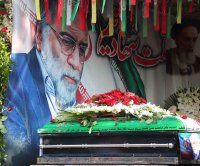