Libyan and Iranian officials reported no casualties in the two explosions outside of the former Iranian ambassador's residence in Libya. 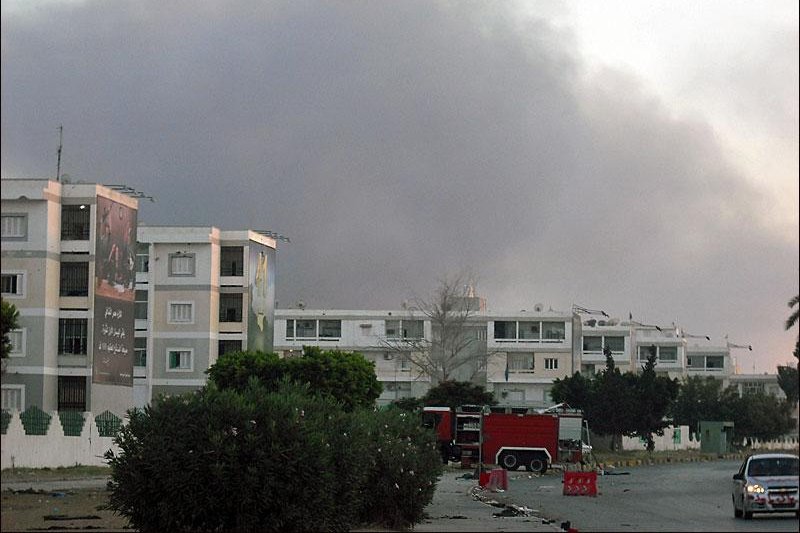 Tripoli, Libya, in 2011 after the overthrow of former leader Muammar Gaddafi. On February 22, 2015, Libya's Islamic State affiliate claimed credit for an attack on Iran's embassy in the city, though no one was killed in the bombing. Photo by Magharebia/CC/Flickr

Two bombs detonated at the facility's main gate but produced no casualties, according to Libyan and Iranian officials.

Marzieh Afkham, Iran's foreign ministry spokeswoman, condemned the attack, saying "a handmade bomb in front of the residence of the former Iranian ambassador in Tripoli only led to trivial material damages."

The Iranian ambassador was not in the building at the time of the attack, and Iran said the facility has been empty since operations were suspended there in 2012.

A similar attack last month on the empty Algerian embassy in Tripoli wounded three people and was claimed by Libya's IS affiliate.

Other diplomatic complexes in Libya have faced attack in the past, most infamously the U.S. mission in Benghazi, where Ambassador Chris Stevens was killed in a September 11, 2012 assault by extremists.

IS leader Abu Bakr al-Baghdadi announced in November the expansion of the extremist group to branches in Saudi Arabia, Yemen, Egypt, Algeria and Libya. Since then the group's Libya affiliate has seized control of Derna on the country's Mediterranean coast and in late January claimed responsibility for a coordinated attack on a hotel in Tripoli that killed 10 people.

More recently the group gained infamy after releasing a video depicting the beheading of 21 Coptic Christians from Egypt who had been abducted in January and December.

Egypt responded by launching airstrikes against the group, which retaliated with a car bomb that killed 41 people on Friday, according to Libyan officials.

After the 2011 overthrow of Muammar Gaddafi, Libya was plunged into further instability when rebel factions turned against each other, with one group forming an internationally-recognized government in Tobruk, to the northeast, and rival factions forming the General National Congress in Tripoli, to the west. Both sides agreed to a United Nations-backed ceasefire in January, but several militant groups not aligned with either side have not agreed to the arrangement.

"The message here is that [IS] is on the ground and it is spreading across the country," he said.