Worldwide, about 230 million children live in countries where there are armed conflicts.

A health worker administers a polio vaccine to a child during a three day nationwide vaccination campaign to eradicate polio, in the civil hospital in the Pakistani border town, Chaman, along the Afghanistan border, Jan. 20, 2014. A UNICEF report says some 68 million doses of the polio vaccine were distributed in 2014. File photo by Matiullah/UPI | License Photo

Palestinian children hold aloft their national flag amidst the rubble of buildings in the Khuzaa neighborhood of Khan Yunis on Oct. 1, 2014. UNICEF said 2014 was a devastating year for children worldwide due to conflict. File photo by Ismael Mohamad/UPI | License Photo

The UNICEF report said millions of children suffered due to worsening conflicts across the globe, resulting in a variety of atrocities.

"This has been a devastating year for millions of children," said Anthony Lake, UNICEF executive director. "Children have been killed while studying in the classroom and while sleeping in their beds; they have been orphaned, kidnapped, tortured, recruited, raped and even sold as slaves. Never in recent memory have so many children been subjected to such unspeakable brutality."

Up to 15 million children were affected by violence in the Central African Republic, Iraq, South Sudan, the state of Palestine, Syria and Ukraine in 2014, the report said. Worldwide, about 230 million children live in countries where there are armed conflicts.

"The sheer number of crises in 2014 meant that many were quickly forgotten or captured little attention," the report said. "Protracted crises in countries like Afghanistan, the Democratic Republic of the Congo, Nigeria, Pakistan, Somalia, Sudan and Yemen, continued to claim even more young lives and futures."

In response, UNICEF said it is working on a campaign to return 662,000 children back to school in the Central African Republic, about 68 million doses of polio vaccine were delivered to countries in the Middle East, more than 70,000 children were treated for severe malnutrition in South Sudan, and care centers were set up in countries where the Ebola virus has killed thousands. 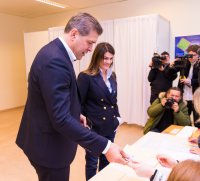 World News // 13 hours ago
Iceland holds elections with a record number of parties expected to take power
Sept. 25 (UPI) -- Icelanders went to the polls on Saturday with a record nine parties likely to be seated in the country's parliament.

World News // 17 hours ago
Indian PM Modi touches on Afghanistan, pandemic in U.N. address
Sept. 25 (UPI) -- Indian Prime Minister Narendra Modi touched Saturday on the the situation in Afghanistan and the COVID-19 pandemic, among other issues in his U.N. address. 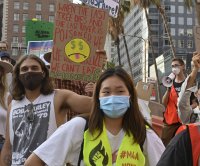