LONDON, Dec. 2 (UPI) -- British monarch Richard III had his body positively identified as the one found in a parking lot but his DNA has opened a new mystery about the royal line.

Scientist are 99.999 percent the body they found in 2012 in Leicester is that of the late king who was killed in the Battle of Bosworth in 1485.

The study detailing the finding, published in the journal Nature Communications, also revealed new questions about royal infidelity. They found Richard III's DNA matched his maternal line but not the paternal line of royalty.

This opens up the likely possibility of female infidelity, or cuckolding, somewhere in the royal family. They are not sure where the break in the line took place, but Edward III's son John of Gaunt had rumors of illegitimacy follow him throughout life.

"Hypothetically speaking, if John of Gaunt wasn't Edward III's son, it would have meant that (his son) Henry IV had no legitimate claim to the throne, nor Henry V, nor Henry VI," said Professor Kevin Shürer, a genealogy specialist who helped wrote the paper.

Richard III was killed by Henry Tudor, beginning the Tudor line until Elizabeth I died in 1603 without bearing any children.

Shürer said the Tudors had every right to the throne as they won it by force and killing the monarch. He added that the current royal family, the House of Windsor, does not need to worry about their claim to the throne. Queen Elizabeth II is related to Edward III but it does not directly affect her claim or the claim of her son, grandson and great-grandson.

"We're certainly not saying the House of Windsor has no legitimate claim to the throne, far from it," said Shürer. "Royal succession doesn't work like that. There is no linear succession line between Edward III and Elizabeth II. Yes, they are related, but the whole point of monarchy is that over several centuries it takes various twists and turns."

RELATED Body of Richard III, found under parking lot, to be reburied in Leicester, England

World News // 11 hours ago
World leaders congratulate Biden, who promises repaired alliances
Jan. 20 (UPI) -- Heads of state from across the globe gave their well-wishes to President Joe Biden and Vice President Kamala Harris on Wednesday after they were sworn in at the U.S. Capitol. 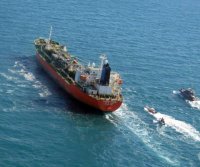 World News // 13 hours ago
Iran, South Korea bank negotiating new account after capture of tanker
Jan. 20 (UPI) -- Iran and South Korea are discussing creating a new bank account for the Iranian Embassy in Korea amid a standoff over a seized tanker.